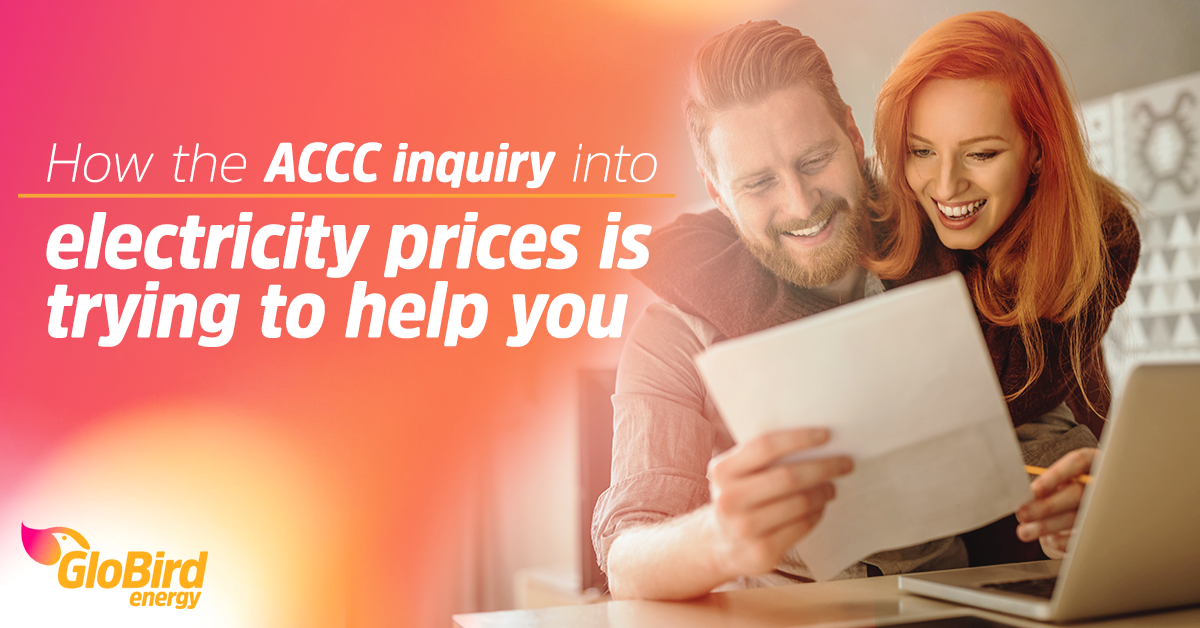 A couple of months ago, after gathering data from dozens of different sources – including businesses involved in all aspects of the electricity generation and supply industry – the Commission released a 175-page preliminary report of its Retail Electricity Pricing Inquiry.

It gave interested parties a couple of months to offer feedback and further input, based on the findings published in that initial report, and now they’ve started working on the full report (due to be completed in June 2018), which will make some recommendations.

So far, we’ve summarised the preliminary report in the post Why Australian energy prices keep going up, delved a bit deeper into the reasons for increased prices in What the ACCC report has discovered about electricity pricing, and then looked at some of the data in If you’re wondering how Victorian electricity prices stack up.

In this post, we’re going to look at what the report has found about the way consumers interact with the retail electricity industry. 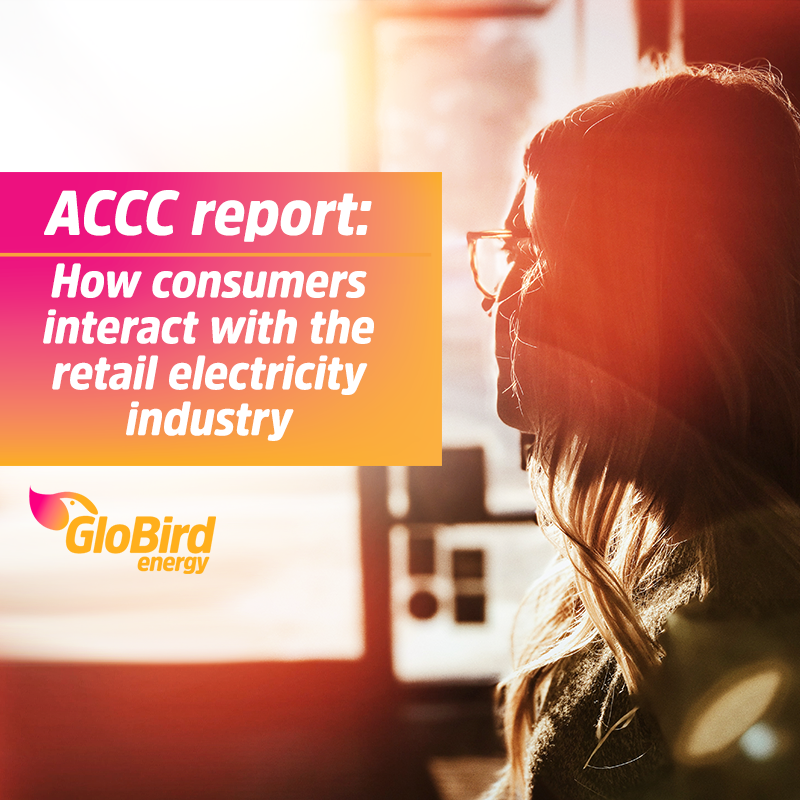 The first thing the ACCC had to say was that individual consumers, consumer groups, retailers, and businesses all expressed concerns about the level of complexity that consumers face in engage with the retail electricity market.

While most consumers have many offers to choose from, they find it difficult to understand why there are big differences between offers.

At the same time, the way discounts are calculated is inconsistent across retailers, as is some of the terminology used, making it next to impossible for anyone to realistically compare offers which have few common reference points.

The report also states that there is a lack of awareness of the tools available to assist consumers to engage with the retail electricity market and that most consumers are unaware of the options available to them to seek assistance if they are struggling to manage their bills.

In the chapter of the report which focuses on the consumer experience, the ACCC outlines what it “considers to be positive consumer outcomes and the obstacles to these being achieved”.

It suggests that there are signs that competition is working – numerous retailers operating, relatively high rates of switching, and a significant degree of price dispersion – but others that it could be working better.

One thing it has identified as a positive characteristic of well-functioning competitive markets that is missing from the retail electricity market is “a range of innovative tariff types and service options”.

We’ll be very interested to see what recommendations the Commission eventually comes up with in an attempt to address this.

People could be making savings

Among the most interesting things in the report is the suggestion that most consumers could save money by shopping around for an offer that suits them better than the one they’re on.

This is something governments, regulators, the industry, and analysts talk about a lot and, given all the discussion and concern over the size of electricity bills, it seems incredible that so many people haven’t even searched out an offer that could save them hundreds of dollars a year, let alone made a change.

For example, a survey of Victorian bills for the Thwaites review found that some two-thirds of consumers could save an average of more than $200 a year, with something like 25 per cent of consumers missing out on savings of over $500 a year by not changing to the best available offer, while some could save in excess of $1000 by making a change.

The report speculates that the reaction to higher prices by some consumers is to try to reduce their consumption rather than seek out a cheaper offer.

The opening paragraph of this section (4.3.1) resonated with us as a clear articulation of what seems to be happening in the market:

“Effective competition requires consumers to have the confidence, interest, and knowledge or tools to participate in the market. Consumers also need to be able to easily identify the value in the offers presented to them. A number of submissions highlighted concerns that the electricity market is hard to understand and difficult for consumers to navigate.”

The report then explains that “research conducted both in Australia and overseas has found that around 15–20 per cent of consumers are highly engaged, with the remainder generally disengaged unless prompted into action”.

While 69 per cent of households are satisfied with their retailer, they lack confidence that the market is working in their interest. In addition, behavioural research indicates that consumers also have a bias toward the status quo (better the devil you know!). 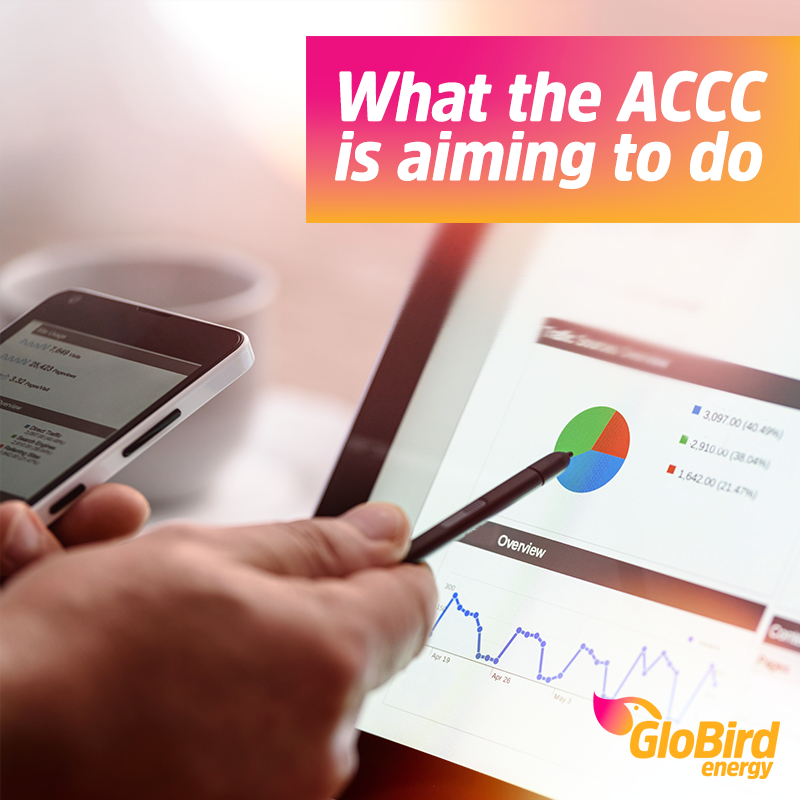 What the ACCC is aiming to do

After identifying the issues, challenges, and concerns that it believes are fundamental to addressing electricity affordability, the Commission has stated that:

“The solutions to Australia’s affordability problem will not be straightforward, nor is there a ‘silver bullet’ that will address all problems. Some mistakes of the past are beginning to be unwound, while others, unfortunately, will affect electricity markets and consumers for decades to come.”

Now it’s trying to identify practical, viable, and meaningful measures that will ease the pressure on electricity prices for Australian households and businesses.

When the full report is completed and delivered next June, it will include clear findings and recommendations for governments to resolve issues, likely to include these four areas:

It’s certainly a massive undertaking, but we’re confident that everyone will be better off once changes are implemented, because the findings and recommendations will be based on the most comprehensive analysis of industry and consumer data yet undertaken.

We know that there’s a lot of speculation about what’s happening in the electricity sector in Australia, but any ill-considered responses are just as likely to make things even worse.

In the end, our best option is to put our faith in the ACCC.