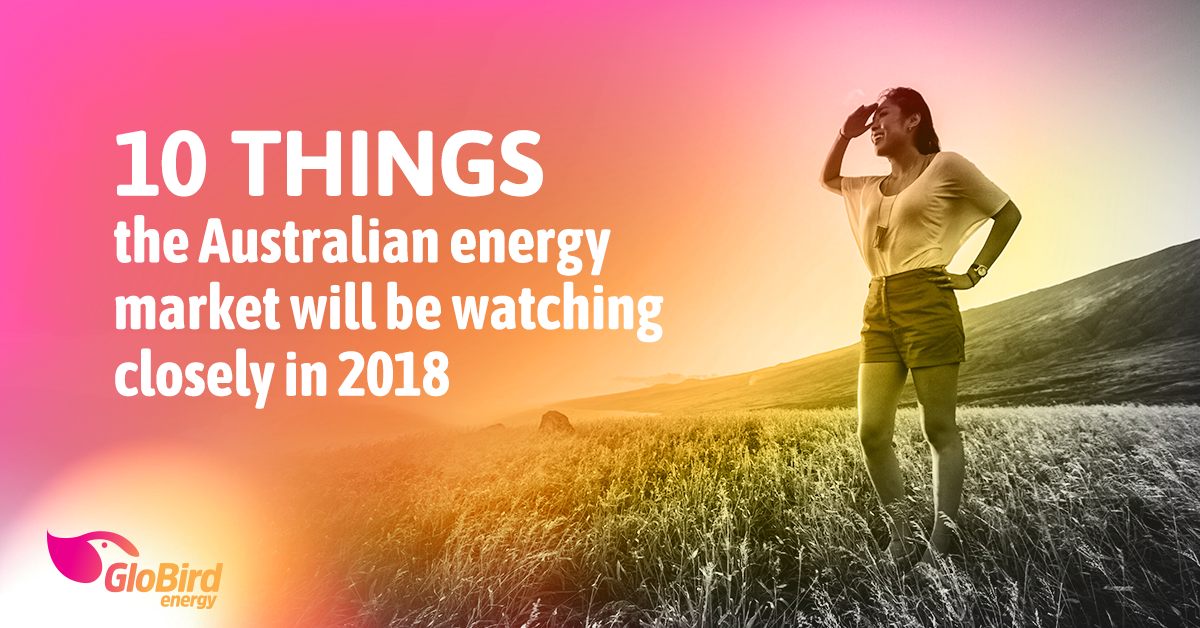 In our last post, we looked back at some of the things that had a major impact on the Australian energy market in 2017. This time, we’re looking forward.

We think we have a reasonable idea about some of the things we can expect to see in 2018 … but for others, we’ve had to polish the crystal ball a bit.

One thing we wish we could be more confident about is that the new year will be less volatile than the old one!

In summary, we’re happy to see that the Australian energy market has a lot going on, because it’s all in response to lessons learnt and issues that have come to light over the past few years.

It all promises to move us forward in a measured, sensible, and sustainable way, even if it might take another 12 or 18 months to start to see the results, both in terms of lower prices for consumers and improved energy security for all.

We’ll conclude with this note:

The Australia Energy Market Commission (AEMC) has forecast that around 5.3 gigawatts of new power will come online between 2016-17 and 2019-20 – about 4.9 gigawatts of which will be renewable generation – which will help drive down energy costs in the medium-term.