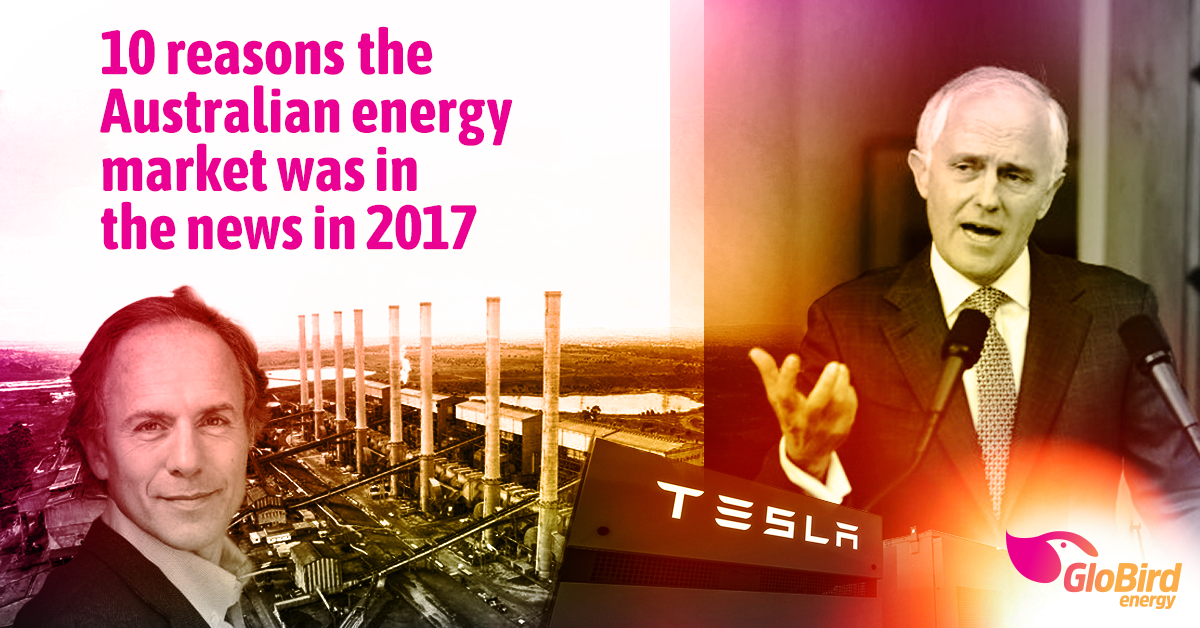 As far as the Australian energy market is concerned, last year was more tumultuous than anyone could have predicted.

No-one – from governments to consumers, and from regulatory bodies to retailers – could have been happy with some of the things that transpired. It was certainly less than ideal that the topics of energy supply and pricing spawned so many negative articles.

But at least we can now feel like the entire industry in Australia is starting to move in the right direction – the direction of a more sustainable model resulting in lower prices within the next couple of years.

Here are some of the most significant things that happened in and around the energy industry in Australia in 2017:

In our next post, we’ll get out our solar-powered crystal ball and predict some of the things to watch for in 2018.