Still work to be done to secure our energy future 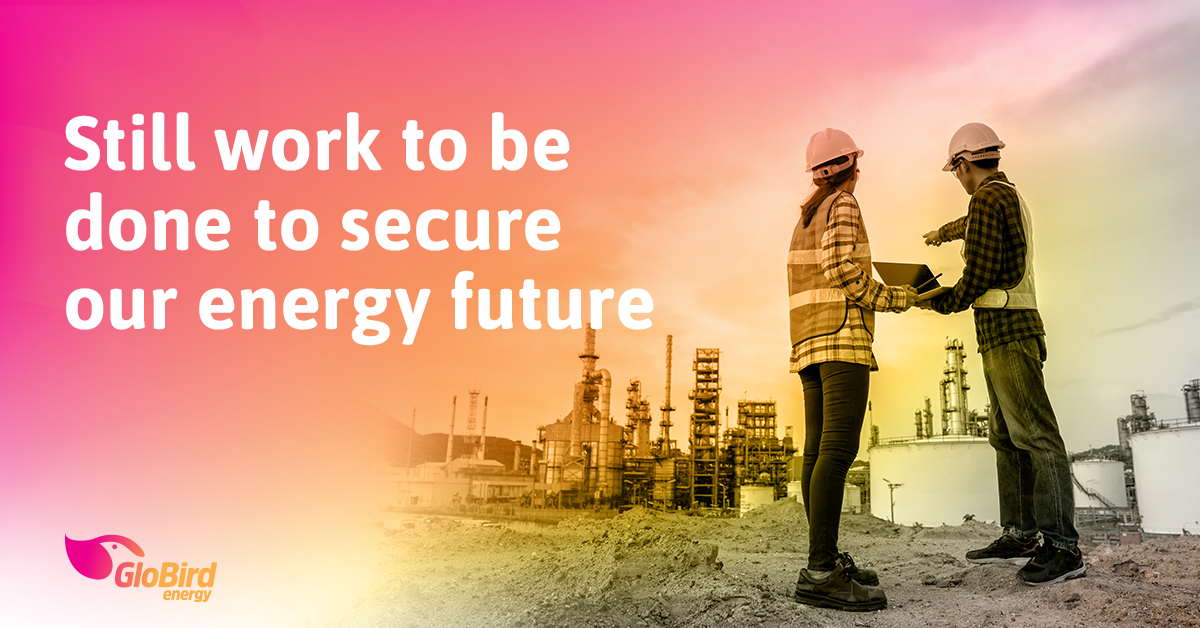 Being a small energy retailer, we don’t have the influence we’d like. Instead, we sometimes have to sit on the sidelines and watch as things unfold.

Most Aussies don’t spend much time thinking about the way the energy market operates. They just plug in a toaster and expect it to work. However, behind the scenes, engineers, policymakers, regulators and those who monitor and manage the systems have to make sure a lot of things happen so that your toaster will always have power.

Ensuring energy is always there when we need it is called “security of supply”.

Within the big picture that they’re constantly reviewing are the various sources of energy generation, how much energy each generator can produce, how reliable they are, where they’re located, and how to get the energy from where it’s produced to the users.

In the end, every element that factors into the generation and distribution of electricity and gas impacts the cost and the security of supply.

Lately, the balance is out of kilter

One of the main things the Australian Energy Market Operator (AEMO) is charged with is keeping the lights on, and the balance between supply and demand. That’s been getting more and more challenging.

As a greater proportion of our energy mix is coming from renewable sources and less from coal-fired power plants, the reliability and predictability of supply is less than it once was.

As a result, AEMO had to intervene more than 250 times in 2019-20, either ordering some generators to cut back output or requesting others to come online. Just three years earlier, in 2016-17, there were fewer than 20 such interventions.

The challenge is greater than just making sure that enough energy is available at times of peak demand. They also need to do a lot of their work to ensure the distribution infrastructure remains robust while being modified to better suit our changing generation and usage requirements.

Is the grid still working?

The stability of the grid remains a major challenge. As we’ve discussed previously, in posts like How much is a stable electricity grid worth and Is it unrealistic to expect no blackouts?, our electricity distribution network was designed and built at a time when things worked differently.

While it does still work, a lot of things need to be done to keep it working, including ensuring that there is always enough energy being put into and drawn out of the grid.

We did our best to explain this in Have you ever thought about how solar energy impacts on the grid? with this analogy:

Imagine a big balloon filled with water. The balloon has two pipes; an inlet pipe pumping water in, and an outlet pipe sucking water out. If too much water goes in, and not enough is drawn out, it will eventually explode.

The fact that AEMO has needed to intervene so many times in the past 12 months indicates that the grid is getting put under more strain more often and therefore is costing more to keep going.

The chair of Australia’s Energy Security Board, Dr Kerry Schott, recently stated: ‘‘What we have in place now is no longer fit for purpose for the energy transition and beyond’’.

What can be done?

The Energy Security Board (ESB) recently released its annual report on the health of the National Electricity Market (NEM), flagging the need for urgent and decisive action.

That’s largely because the landscape is changing – and has been for a while – without the system having a chance to keep up, let alone get ahead.

One option to improve system security is an NEM-wide approach for investment schemes (that some states have already introduced) to drive what’s referred to as ‘firming’ generation – the use of gas and pumped-hydro plants to fill the gaps between wind and solar and provide essential services such as inertia and frequency control (not letting the balloon explode).

The ESB is also suggesting that energy users should perhaps have a greater capacity to shift their usage to off-peak times.

The challenge of the grid not being fit-for-purpose remains an issue, though.

Dr Schott is concerned about security problems in some parts of the grid as well as rising pressure on electricity distribution networks from surging rooftop solar generation.

“This, combined with growing largescale renewable generation and low wholesale prices, means it is vital that post-2025 reforms are put in place that can work alongside government policy schemes,” she told the Financial Review.

Can we expect things to change soon?

We know that there are a lot of clever people on the job and that they’ve already done a lot of work. The ESB alone has held hundreds of workshops with stakeholders and received and considered thousands of pages of submissions.

Meanwhile, Federal Energy Minister Angus Taylor has described the redesign of the NEM as the most critical energy reform governments have been tasked to deliver by the national cabinet.

But, as Dr Schott flagged, there’s no getting away from the fact that our electricity system is changing rapidly. Unfortunately, it’s unlikely that reform can be agreed on and implemented anywhere near as quickly.

We’ll continue to watch this space, but – while we’d rather be more optimistic – it does seem likely that we’ll be seeing more interventions by AEMO and potentially more blackouts before the situation can be substantially improved.

With such high stakes and a political tug of war going on, maybe the sideline is the place to be! After all, even if we were asked to propose our perfect solution, we’d have a hard time solving the problem.

Something to chew on with your next piece of toast!