How much are Victorians paying for electricity … in relative terms? 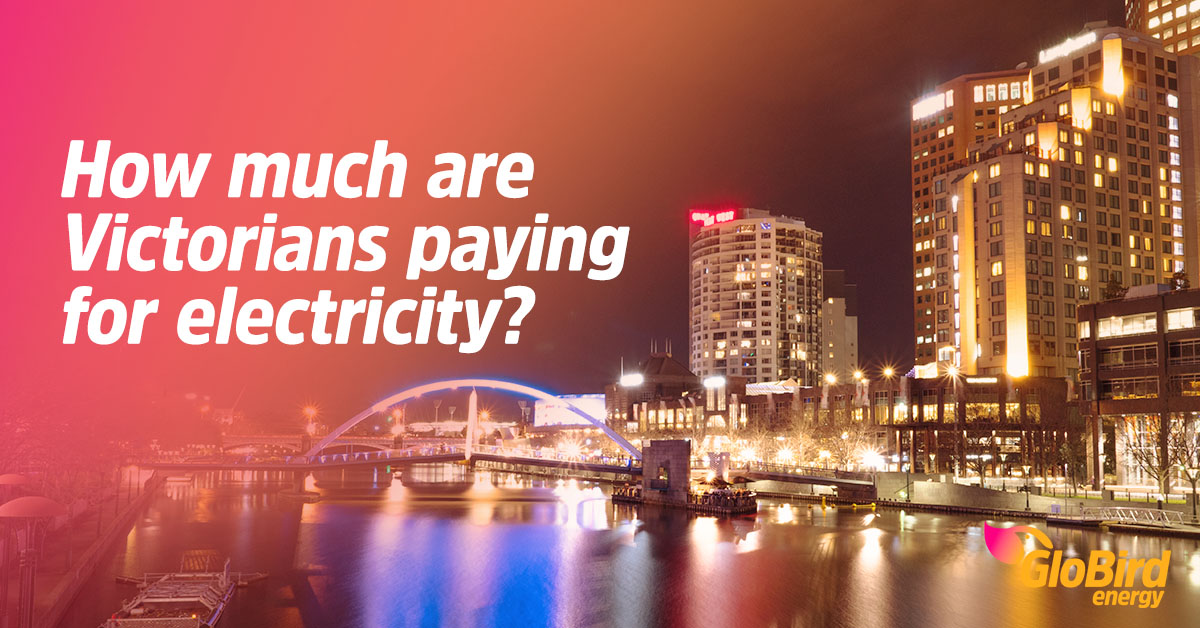 There’s no argument that Australians are paying more for electricity now than a few years ago, and it’s also beyond dispute that the retail cost per kilowatt hour is higher in Australia than many other developed countries.

The problem is that there are so many variables from one country to the next – things like the average wage, the cost of living, the cost of energy infrastructure, government subsidies and taxes, and the relative consumption of energy by households and businesses – that it’s not really as simple as comparing the cost per kWh.

To put the cost of electricity into some sort of perspective, we’ve decided to look at how much of our income goes to paying for electricity and comparing that to the UK and US.

How much do Victorians earn?

The first step is to establish what the average Victorian earns, and how that compares to a couple of other countries.

According to the Australian Bureau of Statistics (ABS), the average full-time worker in Australia earns $1608.40 per week (as at May 2017).

By way of comparison, the average earnings for full-time employees in the United Kingdom (in 2015), was around 27,000 pounds, which comes to a little more than 530 pounds per week, equating to around $A865.

According to the US Bureau of Labor Statistics, the median wage for American workers is $US907 per week, which is about $A1140 (at the current exchange rate).

How much does electricity cost?

The national average is quite a bit higher, as households in all other states and territories use more than Victorians, as this table¹ shows: 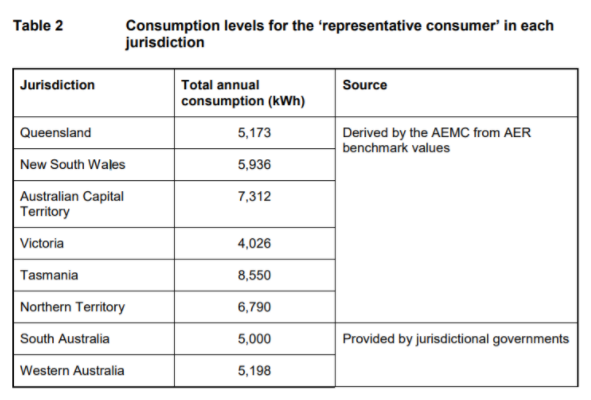 Keep in mind that these averages include all types of dwellings, with separate houses generally using a lot more electricity – and energy, in general – than townhouses and, particularly, flats or apartments (according to the ABS houses spend over $40 a week on energy while flats or apartments average under $25).

According to data from the World Energy Council, the average household in the UK uses 4648 kWh of electricity each year, while the average US household uses 10,812.

The average price per kWh varies significantly in the US², from as little as 9.09 cents in Washington state to as much as 29.60 in Hawaii (with the populous states of California and New York at 16.99 and 18.54, respectively), however the average residential price is 12.65 US cents (around 16 cents Australian).

Multiply that by the average household consumption and the average bill would be around $US1368 a year, or – at the current exchange rate – $A1721.

What does it all mean?

That’s a lot of figures to take in, so here’s a table summarising our calculations: 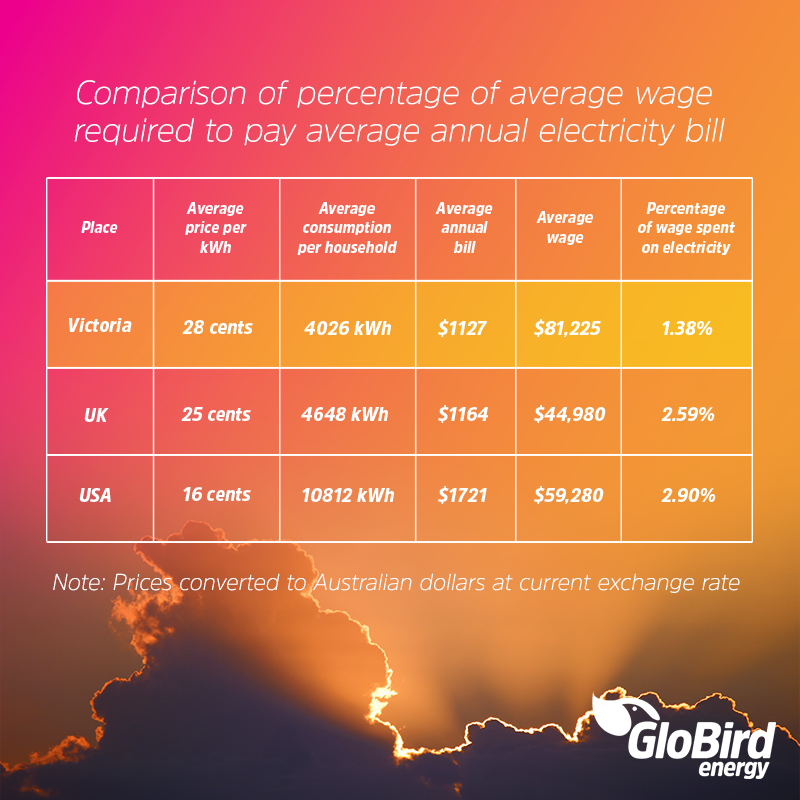 As you can see, in terms of how much we’re paying for electricity here in Victoria, it’s a much smaller percentage of our income – on average – than Americans.

Of course, that doesn’t tell the full story, but it does give us a fair indication that, although the price per kilowatt hour might be higher, so is our income, while our consumption is significantly lower.

We’ll investigate a bit further in our next blog post, looking at some other countries and other figures.