Can we get lower electricity prices and reliable supply 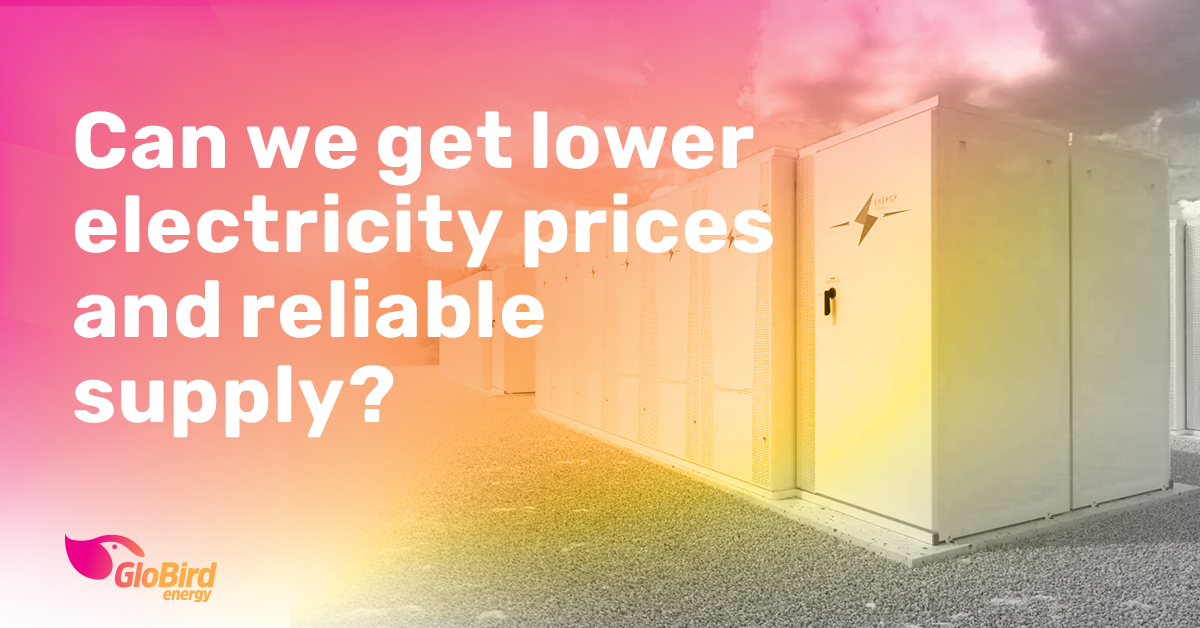 1/ Renewable sources are generating a lot of cheap electricity – particularly when the sun shines and the wind blows.

2/ The gentailers (generators who also sell energy) are shutting down their coal-fired power stations.

1/ Once the coal-fired plants are gone, will the batteries and other ‘sources’ of dispatchable power be able to provide enough electricity on demand when the sun isn’t shining and the wind isn’t blowing?

2/ Who will get priority if there are times where there isn’t enough for both industry and households?

3/ If there is higher demand than supply, how much will electricity cost?

These are things being discussed now

Last month’s announcement by Origin Energy that it would be closing the 2880-megawatt Eraring generator on the NSW Central Coast in August 2025, seven years earlier than previously planned, gave even greater urgency to finding all the answers to our energy-security and energy-price questions.

Eraring currently supplies a fifth of NSW’s electricity. That’s a lot to replace. Then factor in that AGL Energy is closing the Liddell power station in 2023, and you can appreciate there’s some work to be done – fast.

The long-term solutions might well be perfect – we certainly hope so – however, we might be facing some short-term pain first.

Keep in mind that when Hazelwood shut about five years ago, wholesale electricity prices spiked by a whopping 85 per cent.

Why aren’t we ready?

While Australians have had rooftop solar for many years, the development of truly efficient mass capture and storage systems is still evolving.

Perhaps understandably, those who will be involved in our future energy solutions have been a little cautious, waiting to see what the landscape looks like as well as what technology emerges before biting the bullet.

Economic factors are now forcing the hands of the gentailers. They’re businesses with shareholders to answer to, and when a plant like Eraring costs up to $250 million a year in fixed and operational costs – even before the purchase of coal to fuel it – it only takes a relatively small rise in the price of coal and a relatively small drop in the price they can charge for the electricity they supply before the equation becomes problematic.

Given that a flood of solar in the daytime has frequently driven wholesale prices to zero or below, there’s just no way to make it all add up for the coal-fired generation business.

And that’s where we find ourselves now.

Who’s keeping an eye on things?

The Australian Energy Market Operator (AEMO) is charged with constantly monitoring the changing energy landscape and calculating whether supply will continue to meet demand.

While it doesn’t have a crystal ball, it does use actual usage data to calculate current and potential future demand, and projected generation capacity figures to map likely supply.

What it can’t do, of course, is be sure that what’s planned or projected will come to pass.

It also doesn’t have the capacity to control commercial realities, as in how much will generating, storing, and supplying energy cost in the future.

The current plan to replace the 2880-megawatts Eraring is capable of supplying involves a 700-megawatt battery at the site and a potential expansion of Origin’s Shoalhaven pumped hydro project.

The NSW government is also developing a separate 700MW battery in conjunction with industry, but we shouldn’t gloss over the fact that this Waratah Super Battery will be able to run at that output for only two hours.

So, what’s the answer?

Going back to the question posed by our title, nobody really knows what the future will look like exactly. Can we have it all? The dream is an abundance of secure, affordable, reliable, and sustainable energy.

In the shorter term, it does seem likely that something’s got to give, so to speak.

Like Origin, AGL Energy has also brought forward the dates for its two largest coal plants to close, while Alinta, which owns another brown-coal generator in Victoria, has suggested its plant could close up to 15 years early.

That’s a heck of a lot of reliable baseload power that will be disappearing from our grid in the next few years, and it would be extremely wishful thinking to believe that we’re anywhere near ready to replace it all.

Regardless of anyone suggesting otherwise, it seems more likely than not that we’re heading into an uncertain decade.

Here is what we think will happen. In the short term, the price of power outside solar times will get higher. That’s bad. But those high prices won’t last long, as they will attract more investment in generation and energy storage.

In a weird kind of way, the problem is part of the solution.