Why is everyone fired up over a gas-fired power plant? 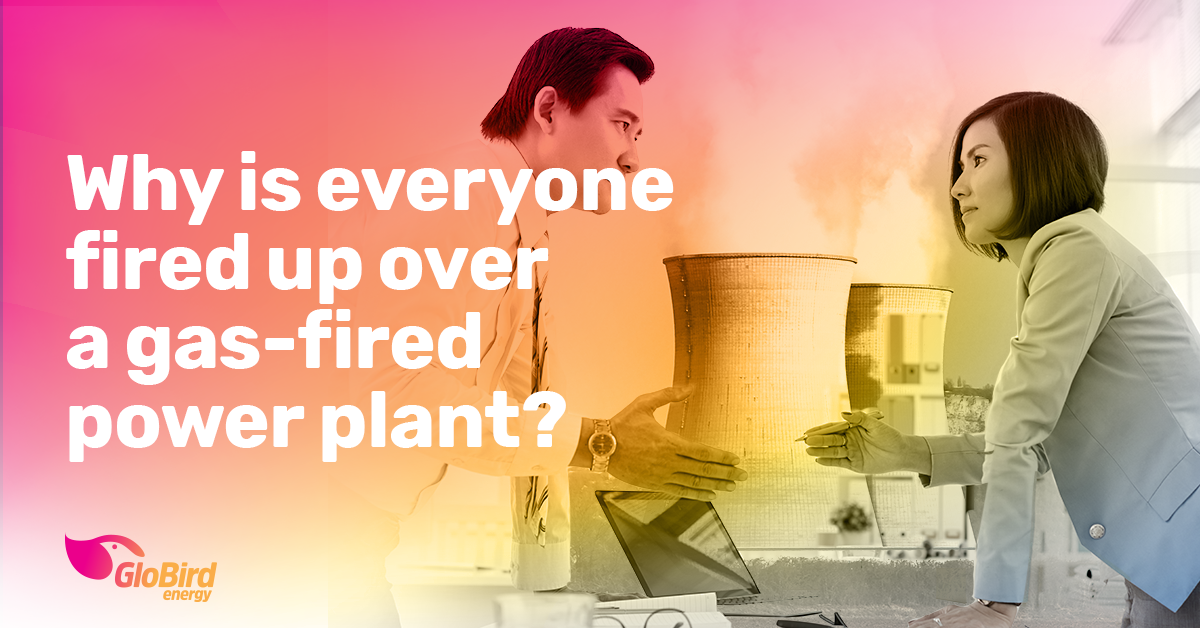 Last year, the Federal Government said that if energy producers didn’t replace ‘retiring’ energy generation capacity, they would step in and ensure that happened.

There was a specific focus on the forthcoming closure of the Liddell coal-fired power plant, which we know is only a couple of years away. Liddell produces 1,680 megawatts so its closure will leave a significant shortfall if it’s not replaced.

We know why coal-fired plants are being shut down (in some cases, sooner than initially planned) and why it’s likely no new ones will ever be built.

So, why has the Government stepped in with the announcement of a $600 million gas-fired plant at Kurri Kurri in the Hunter Valley?

It’s both simple and complex at the same time, so bear with us ….

Politics and ideology versus reality

Regardless of your age, beliefs, political leanings, ideology, upbringing, location, or what footy team you follow, we all know that there are many ways of looking at things.

Sure, it’s easy to think you and those who agree with you are right and everyone else is wrong, but even the most vehement advocates of any particular worldview would recognise that things are generally more nuanced and less at the extremes.

In other words, it’s very rarely all black or all white: the truth is usually somewhere in between.

Unfortunately, the ‘debate’ over sources of energy generation polarises and divides.

It’s not easy to argue against, however, it’s also not quite that simple.

For many years, the Australian Energy Market Operator (AEMO) has warned us that there needs to be a staged and calculated transition from ‘legacy’ fuels to renewables.

By every measure, there is no quick ‘flick of the switch’ solution. For one thing, our extensive energy distribution infrastructure has to change significantly. That covers a large expanse, including both remote areas and huge population and business centres, and therefore involves some complexity.

For another, there are – and always will be – limitations to the on-demand generation capacity of the sun and the wind, while the practicality of mass storage and reliable dispatch of renewable-generated energy remains a work in progress.

However, at the same time, advances in technology have made us believe that renewables are right there, within reach. As a result, individuals and governments are understandably eager to get on with it.

Governments have seen the upside of greater penetration of renewable sources, so they’ve offered a range of incentives for people to take up household solar, in particular.

They’ve also backed large-scale solar and wind generation projects – and hung their hats on how wonderfully progressive they are for doing so.

Without putting too fine a point on it, that’s led to an oversupply of solar-generated energy when there is lots of sunshine and no way of storing it for when it’s needed later in the day. The incentives have been taken up far more quickly than expected and this makes the transition from the old way to the new way more bumpy than smooth.

That doesn’t mean we won’t get there

Former Australian chief scientist Dr Alan Finkel has said that Australia could be run on mostly solar and wind power, with battery and other storage solutions to help out when the sun isn’t shining and/or the wind isn’t blowing … eventually.

There seems to be a general understanding and acknowledgement that these and other storage ideas, like pumped hydro and stored hydrogen, will take time to build.

In 2019, coal-fired electricity made up 58.5 per cent of Australia’s electricity generation, while gas and renewables made up 20 per cent each.

It couldn’t be clearer that if coal plants were turned off overnight Australia would be left without reliable electricity.

Partly because it’s the Liberal Party’s philosophy that the market will solve its own problems without government intervention, we’ve travelled too far down the renewable-energy path before we’re really ready.

There’s so much enthusiasm to get greener more quickly, it’s been easy to roll with that and, conversely, hard to control the pace.

Which is why we are where we are. No one’s done the hard things until we’re faced with the prospect of blackouts, huge price spikes, and potentially great damage to some major industries.

So, despite all sorts of criticism, the Government has committed to this new push for the reliable, dispatchable energy that a gas-fired power plant can provide … which is only needed because their own subsidies to boost solar have been so successful.

We see this as part of the bumpy road on the unstoppable path of transition to a greener future.