Why aren’t we building to save energy?

About 26 years ago, German building physicist Wolfgang Feist conceived and built the world’s first Passive House building in Darmstadt, when four private homeowners decided to back his philosophy.

Since then, hundreds of buildings of all sizes and types have been constructed to passive house specifications, particularly in Germany and Austria, where the concept has been widely embraced.

So, while we’re talking about energy efficiency, sustainable living, and saving the planet, why aren’t we talking more about a concept that’s been proven effective for a couple of decades?

What is a Passive House?

A Passive House is a building that doesn’t require any conventional powered heating due to its excellent thermal insulation.

Such buildings are called ‘passive houses’ because a major part of their heating demand is met through ‘passive’ sources such as solar radiation or the waste heat from occupants and technical appliances. 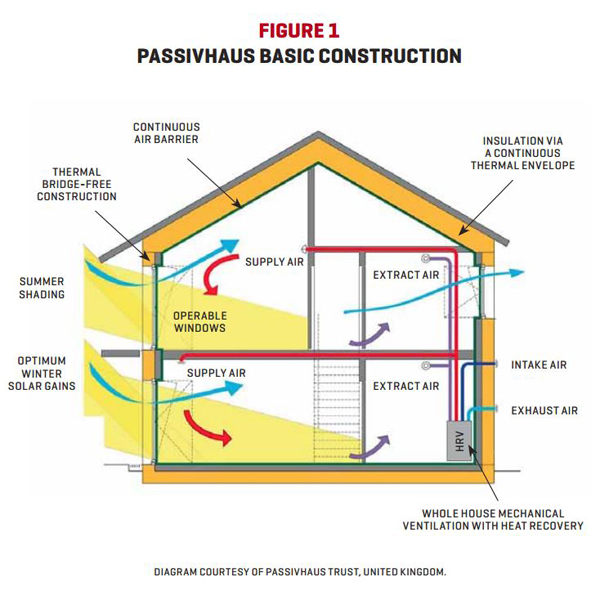 What does passive building mean for energy consumption?

The original concept of passive construction was to reduce energy consumption, particularly by reducing the need for powered heating and cooling, ideally to zero.

Of course, this would result in a significant saving in the amount of energy needed for that building, with a corresponding saving in utility bills.

According to the Australian Government’s Your Energy Saving website:

“On average 40% of the energy we use at home is for heating and cooling. This doesn’t include heating hot water. The amount of energy your household uses will vary depending on your circumstances and the climate where you live—as well as the type of heating and cooling systems you install.”

In other words, were you able to apply passive house techniques to full effect, you could potential nearly halve your energy bills.

And keep in mind that that 40 per cent figure is an average, which means that some homes in some parts of Australia where the weather is more extreme would have a significantly higher proportion of their energy consumption accounted for by heating, in particular. 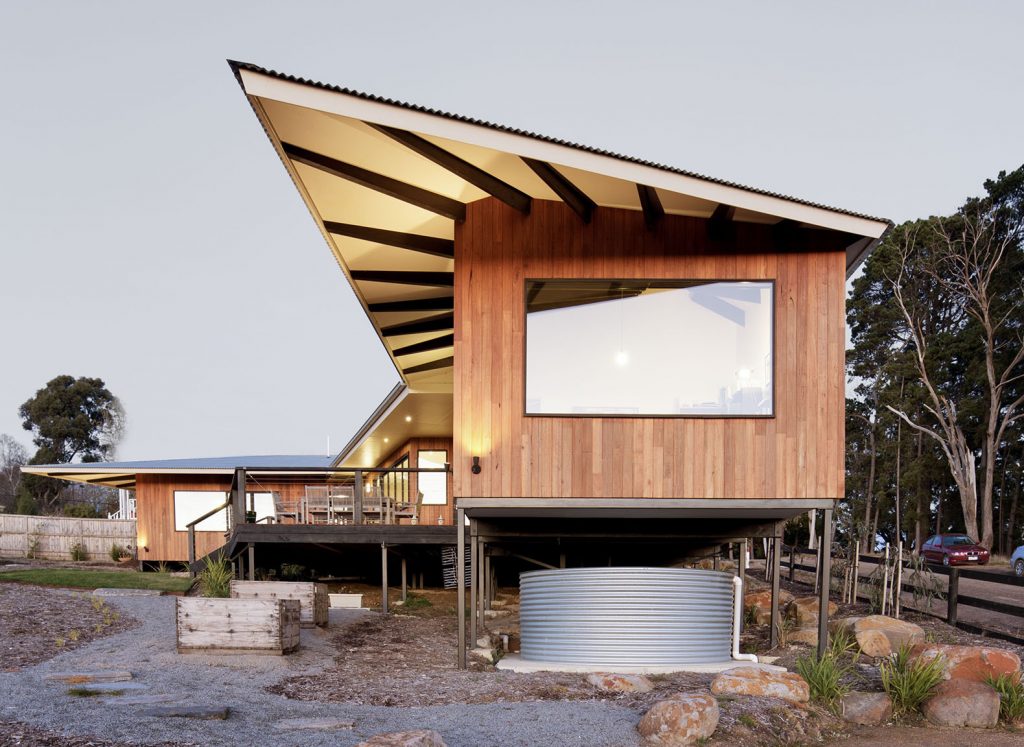 The Woodend House in Victoria by Studio Osk

What are the key passive design ideas?

Each of those ideas is expanded on in greater detail on another Australian Government website, Your Home, which is billed as ‘Australia’s guide to environmentally sustainable homes’.

What about renewable energy?

When Feist pioneered the concept, everything from roofing materials and window glass to ventilation systems and insulation were nowhere near what we have available today.

Generating your own power via a rooftop photovoltaic array was hardly even imagined in 1991.

Over the years, the Passive House Standard has been updated as new techniques and materials were developed, then became widely available, and more affordable.

Now the original row of passive houses in Darmstadt has installed a photovoltaic rooftop solar energy system and has been Passive House Plus certified. 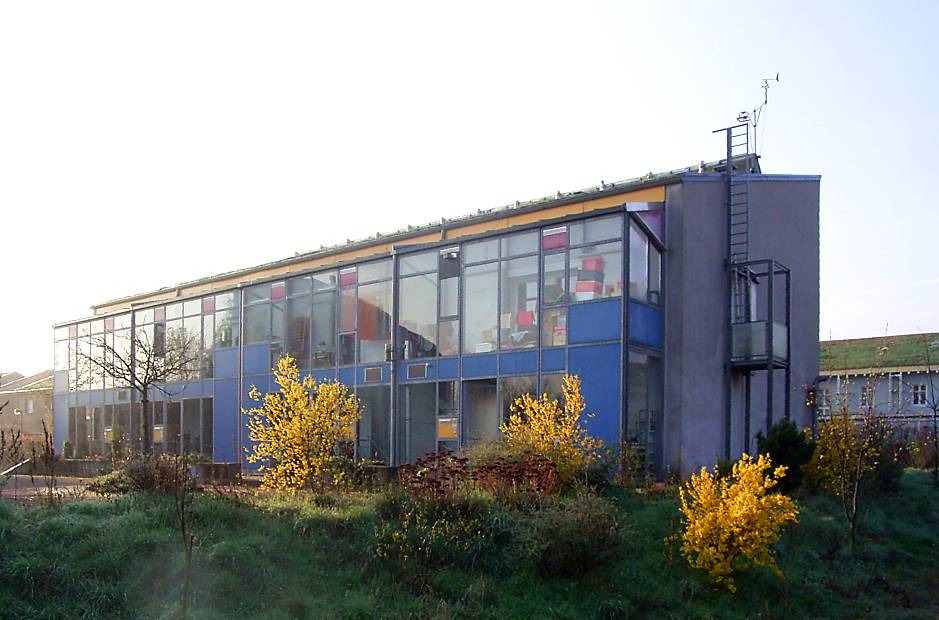 What else has changed over the years?

There’s a very interesting interview with Feist, who now teaches energy efficient building construction at the University of Innsbruck, 25 years on from the original project.

Asked “What would you do differently today, with regard to the construction of your Passive House?”, he responded:

“Today I would orient the pitched roof slightly towards the south, because huge progress has been made in the field of photovoltaic technology.

“And I would obviously use the certified Passive House components which are available today, that are almost 50 % better than the solutions we constructed ourselves, for instance the windows.

“I would simplify the ventilation system further, although the solution we used proved quite successful, and I would use heat pumps for heating.”

(you can read the full interview here). 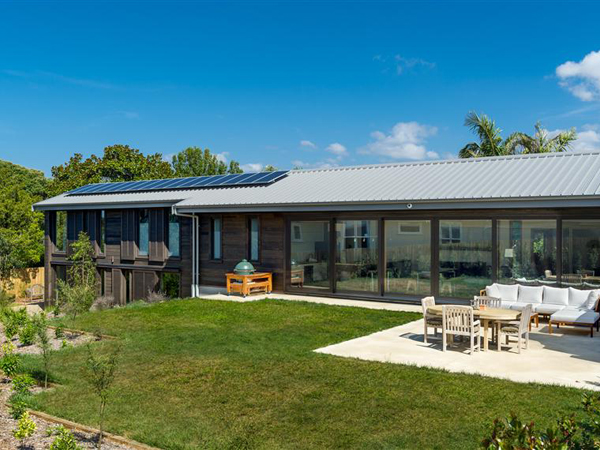 Can we all do it?

If you’re building a new home, it’s worth investigating.

You could start with the Australian Government’s Your Home website, which includes not only information, but also downloadable resources, potential designs and case studies.

Then there’s the Australian Passive House Association, where you can find a full list of certified architects, designers, engineers, builders, tradespeople, suppliers, and so on.

This article on Australia’s first certified Passive House gives a very good description of what it’s really all about.

The website of the Passive House Institute is choc-full of information, too, while the International Passive House Association has a few interesting videos on its YouTube channel.

At last years annual Passive House Conference, they had more than 100 presentations by speakers from more than 50 countries, while at the adjacent exhibition at the Vienna Congress Centre, around 100 companies showed off their products for energy efficient construction.

There are nearly 900 certified products now listed in the Passive House Institute’s database.

There’s never been a better time to think about making as many new buildings – residential, commercial, community, and government – as energy efficient as possible, and that’s what the Passive House concept is all about.