What’s wind power all about? 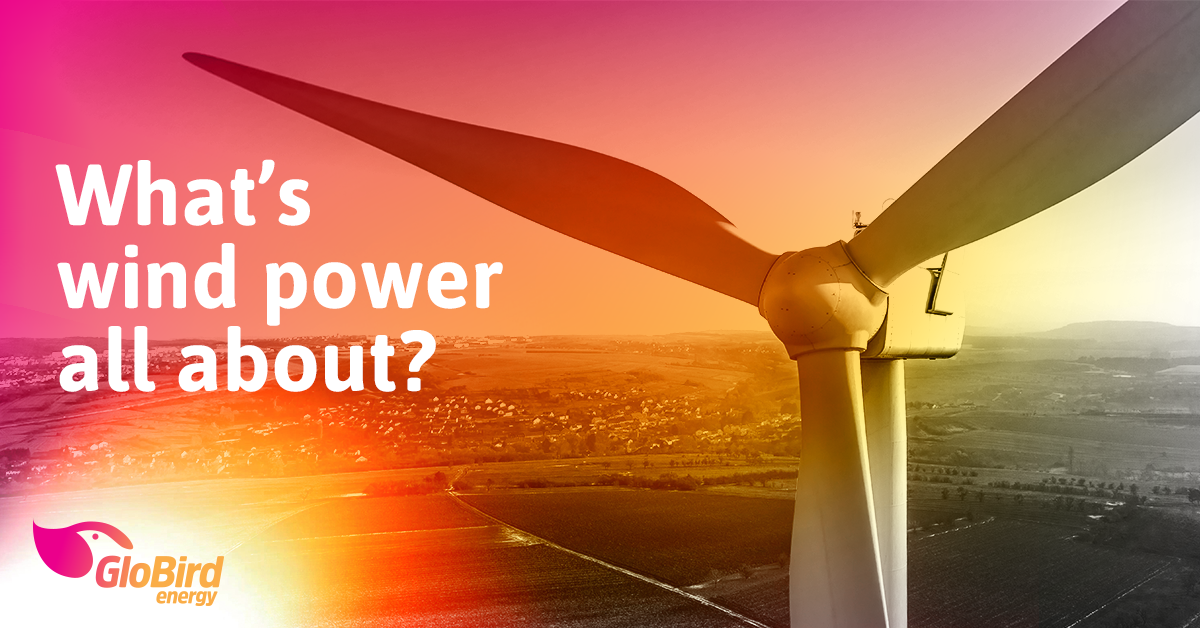 We think we’ve got a pretty good grasp on solar energy here in Australia, given we have the world’s highest penetration of rooftop photovoltaic arrays across households.

We’ve also been using the power of water for a long time, with the original Snowy Hydro Scheme being a world leader – and about to get a ‘reboot’ – and Tasmania also setting some pretty high benchmarks for hydro power.

However, over the past few years, a lot of the talk about renewable energy has included the apparently untapped potential of the wind, so we thought we’d do a bit of investigation.

This isn’t meant to be a case for or against wind power or wind turbines, just a bit of an information-gathering exercise to give us a better picture of what’s happening here in Australia and around the world.

What is ‘wind energy’?

We can’t explain it any better than the Australian Renewable Energy Agency (ARENA) does on it’s website, so we’ll just quote that:

“Wind power is generated by converting the kinetic energy of the atmosphere into usable electricity with wind turbines.

“Wind is generated by complex mechanisms involving the rotation of the Earth, the heat of the sun, the cooling effect of the oceans and polar ice caps, temperature gradients between land and sea, and the physical effects of mountains and other obstacles.

“Wind turbines convert the force of the wind into a torque (rotational force), which is then used to propel an electric generator to create electricity. Wind energy power stations (known as wind farms) commonly draw on the output of multiple wind turbines through a central connection point to the electricity grid. Across the world there are both on-shore (on land) and offshore (out to sea) wind energy projects.”

How much wind energy is Australia producing?

There are more than 80 wind farms currently operating in Australia.

In 2016, the 79 then in operation supplied 5.3 per cent of Australia’s overall electricity, which accounted for just over 30 per cent of the country’s clean energy output.

That installed capacity placed Australia as the 17th-ranked wind power producer in the world (we’re now up to 16th – see below).

South Australia is leading the way, with 37 per cent of Australia’s wind power capacity (through 2016), with Victoria not too far behind, at just under 30 per cent of the national capacity.

If you want to see the actual output of wind farms in the south east of Australia virtually in real time, Aneroid Energy has this fantastic page, which uses publicly available data from the Australian Energy Market Operator (AEMO).

It maps the production of 51 wind farms with a combined total registered capacity of nearly 5,000 megawatts.

For those interested, there are links on the righthand side of the page to daily and monthly graphs of the data.

According to the World Wind Energy Association, Australia now ranks 16th in the world for total capacity (as at the end of 2017), able to produce a little under 5,000 megawatts. 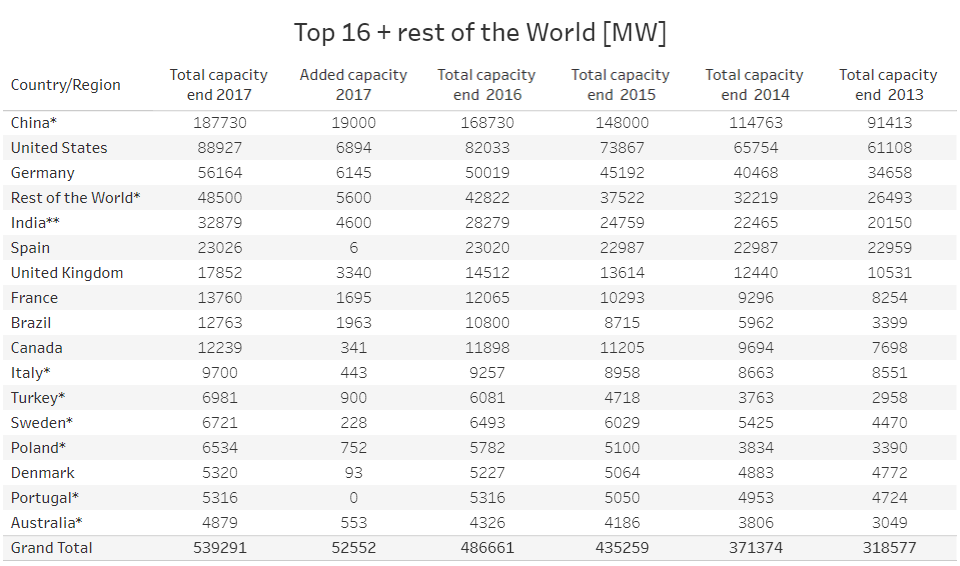 While Denmark ranks 14th, with a capacity of 5320 MW, being such a small country with a population of under six million people, it leads the world in it’s capacity to supply enough wind power for the needs of the entire country.

On average, wind power accounts for about 30 per cent of Denmark’s electricity, but on July 9, 2015 – a particularly windy day – Denmark produced 116 per cent of its national electricity demands through wind power!

According to the Danish Energy Agency, Denmark produces renewable energy through solar, wind, hydro, geothermal, biomass and biogas, and it plans to meet 100 per cent of its energy needs with renewable energy by 2050.

What does the future hold for wind energy in Australia?

The Clean Energy Council’s website has summed up the future of wind energy in Australia like this:

“Wind power is the lowest cost renewable energy technology that can be rolled out on a large scale. The national Renewable Energy Target provides an incentive to build the lowest cost renewable energy projects, meaning that wind power is likely to be a key contributing technology supporting the target this decade. Australia’s wind energy sector will deliver thousands of jobs and billions of dollars in investment.

“Technological advances in the sector mean that wind turbines are now larger, more efficient and make use of intelligent technology. Rotor diameters and hub heights have increased to capture more energy per turbine. The maturing technology means that fewer turbines will be needed to produce the same energy, and wind farms will have increasingly sophisticated adaptive capability.”

So, we can safely conclude that we will see more wind farms in the future, and that wind will supply a greater proportion of Australia’s energy needs.

Just how significant a contribution wind power will make will depend on a number of factors, not least cost of production, but if China is making wind power work, there’s a good chance some level of investment in Australia will follow.

*Disclaimer: This article was published for general information purposes only GloBird Energy has no vested interest in the development of wind power..