How to save more money with your solar power system 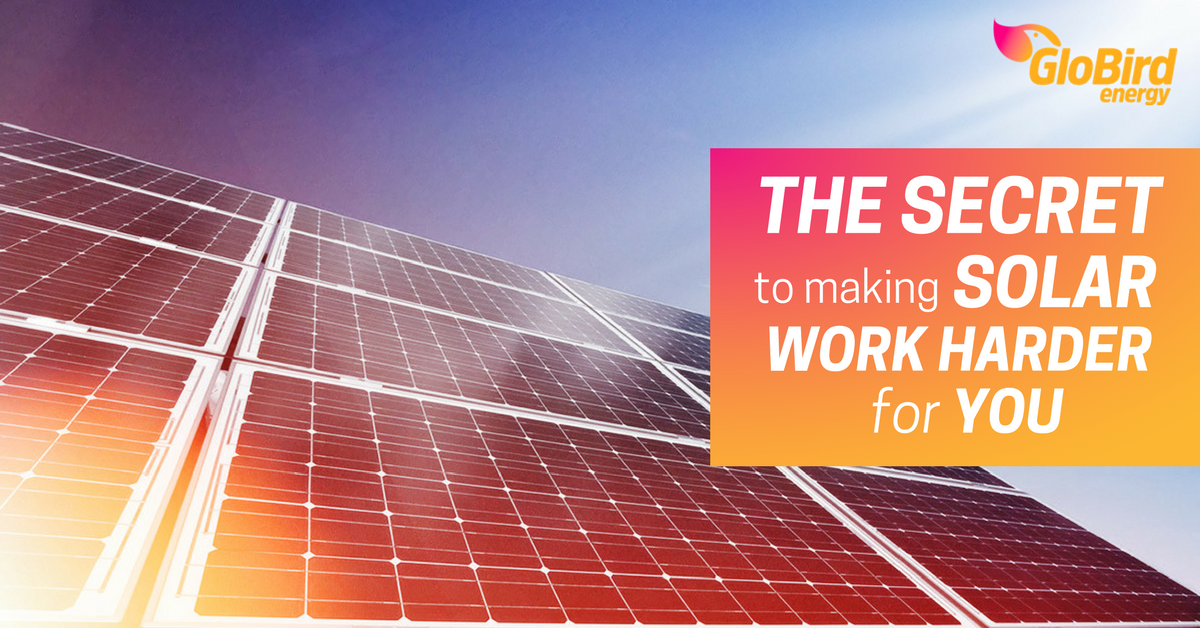 In our last blog post, Have you ever wondered how much it costs to charge your smartphone?, we looked at some of the ways you can monitor your electricity usage.

We think it’s a good idea to understand what your most basic level of electricity usage is – what you need for your day-to-day “survival” in relative comfort – as well as how much you’re using by choice.

After all, knowledge is power (even though you can’t plug anything into it)!

This time we’re going to look at how you might be able to change your usage habits if you have rooftop solar.

You probably know that when you buy electricity you’re charged per kWh, where 1kWh means you used 1000 watts for an hour.

If you’re a solar customer, using your own power while the sun is shining makes more sense than collecting a lot more than you can use and selling it back to the grid.

The difference between what you sell and what you pay for – power you have to buy because the sun isn’t shining – might be 15 cents per kWh (which we’ll use for this example).

Shifting the time you use power isn’t easy but the average household could probably move something of the order of 2kWh a day.

Let’s say you used an average of 2kWh of your own rooftop-supplied power every day for a full year, rather than selling it to get the feed-in tariff but, in turn, having to buy the same amount later, you’d save 30 cents per day for 365 days, or $109 a year.

Keep in mind that that’s an additional saving, on top of not having to buy the electricity for your regular daily needs – the stuff you’re already doing without changing any usage behaviour.

How much could you save?

Let’s take the humble vacuum cleaner. Most of us have one and many of us use it for about an hour a week, on average.

Have a look at its rating. It’s likely to be something like 2000 watts. That means it would use that much power if you used it continuously for one hour.

If you pay 25 cents per kWh, you’ll be paying 50 cents for an hour of vacuuming if you do it when you’re paying for electricity, but nothing if you use your solar supply.

Now take a load of washing and drying. Let’s say the average energy consumed by your washing machine during its cycle is 500 watts (higher during wash, lower during rinse), you average a load a day, and each load takes 52 minutes. That’s about six hours a week, or 3kWh.

At 25 cents per kWh that will come out at around $40 for a whole year.

A dryer, on the other hand, could be using anywhere between 1000 and 4000 watts, which means it could be costing more than $360 a year (based on an average of one hour per day)!

What else could you time-shift?

If you have anything that can be charged, like a hand-held vacuum, cordless drill, electric shaver or toothbrush, it makes sense to only charge them when you’re capturing energy from your rooftop solar array.

Load the dishwasher at night, but only switch it on when the sun’s shining.

In terms of the big electricity users, like heating and air conditioning, it would pay to have them on a timer that starts warming or cooling the house late in the day, even if you’re not home yet.

Let’s say you start heating at 4pm in the middle of winter, you might get a good hour’s worth of solar-generated power before the sun starts to go down and before you get home from work.

Then, as the house is already heated, you’ll need far less power to maintain a comfortable temperature than if you only turned the heating on at six and used fully-paid-for power from the grid to warm your place up from a fairly low base.

Of course, everyone’s situation, lifestyle, and usage patterns is a bit different, but the point is that if you have rooftop solar, you should think hard about how to make the most of it.