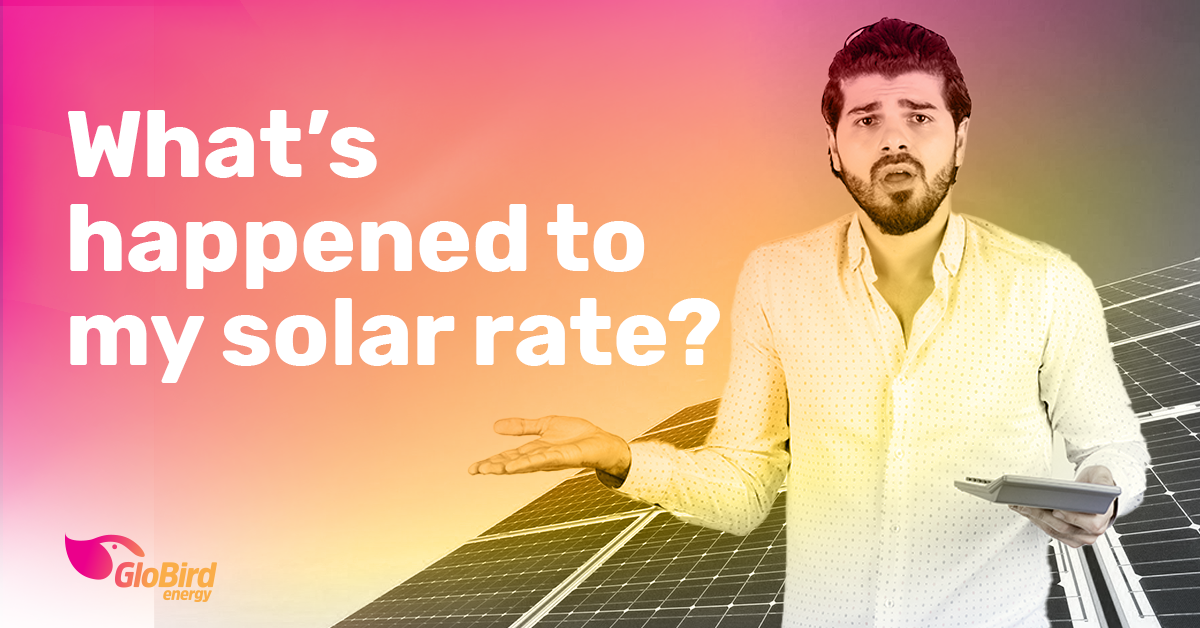 Naturally, this caused an uproar, not just among people who have solar systems but for everyone who wants to see less pollution and a more sustainable environment.

It was a follow-up to comments made by Australian Energy Market Commission (AEMC) chief executive Ben Barr that the electricity grid was struggling to cope with the changing power landscape, which was generating more solar energy than ever before.

The AEMC, which sets the rules around the energy market, had proposed a shake-up of the system that would allow electricity networks to charge solar panel owners for sending excess energy back to the network, among other measures, to address growing network problems.

The argument we keep hearing from so-called experts goes something like this: “Would you expect someone to buy something from you that they didn’t need and were never going to use, even at a cheap price?”

Experts claim that until we can transform our energy infrastructure, including greater penetration of battery storage and a smarter two-way system for electricity flow (that is, not just from a generation source to consumers, as per the original design), excess solar energy generated during the day is really going to waste.

Both because the system can’t handle it and other consumers don’t need it at that time, your excess solar energy might literally have nowhere to go.

Do the experts have a point?

Well kind of. Wholesale energy rates used to be pretty flat across the day, but each year the shape is changing.

The duck curve is real (see our recent post: Look out for tariff changes on your electricity bill).

So, what is happening to solar feed-in rates?

In 2019, the Victorian minimum feed-in was about 12 cents per kWh, in 2020 it was 10 cents, and in 2021 it’s closer to 6 cents. So, there is definitely a trend emerging. This follows the fundamental market rule of supply and demand (as it almost always does).

More energy supply at any given time period means lower wholesale prices at that time. If that time window happens to be when solar is generating, then we will see lower feed-in tariffs, and ultimately, lower returns on your excess solar power.

A little history as background

To explain where we are now, let’s go back to the beginning (and by ‘beginning’ we mean about 20 years ago).

When the Commonwealth Government first set a Renewable Energy Target in 2001, its initial aim was “to source two per cent of the nation’s electricity generation from renewable sources”.

Within the various strategies to achieve that target were rebates, subsidies, and incentives to encourage the adoption of rooftop solar.

At that stage, it cost around $20,000, give or take, to get an array of first-generation photovoltaic solar panels on your roof providing electricity to your household.

There were some very generous rebates (as well as interest-free loans) to help people pay for their installations and the feed-in tariffs were equally generous, at 60 cents per kilowatt-hour (kWh).

That meant some households paid nothing for their electricity and others went into credit.

It also meant that it became the norm to simply sell all of the excess energy back to your retailer.

Those early days are long gone, with solar systems now costing as little as a quarter of those early prices and feed-in tariffs having been reduced over time.

What creates this trend?

The incentives, rebates, subsidies, and interest-free loans have clearly done what they were intended to do.

We have written a few blog posts on this phenomenon, Australia’s uptake of rooftop solar leads the world, on a per-capita/per-dwelling basis.

Over 2.6 million Aussie homes now have rooftop solar arrays and that is tipped to keep increasing over the next decade, to a point where half of all Australian homes will have panels on their rooves.

But, as we know, there are times when there’s so much electricity being generated by rooftop solar it’s really not funny, and other times when those same systems are servicing little or none of our collective electricity needs.

And one of the biggest problems, in this case, is that the wholesale price of energy fluctuates massively.

According to The University of Melbourne’s Climate & Energy College (as reported in The Australian on July 12th, 2021) “The discount in wholesale prices during peak daylight hours compared to the rest of the day has grown to as much as $40 a megawatt-hour”.

That effectively means that the energy generated by a rooftop solar system cannot command as high a premium as the peak price, or even close to the average, but rather something much less.

Meanwhile, the Australian Energy Regulator highlighted the increasing frequency of negative wholesale prices during daylight hours, dragging down the average during solar hours even further.

So, where to from here?

Politically, it will be hard for policy makers to allow market forces to hit zero or, even worse, force people to pay for exporting energy during a period of oversupply. Even if it does cause strain on the grid.

Batteries are the obvious answer. When you can store your own energy and use it when power is most expensive (in the evening peak) the topic of feed-in tariffs become virtually irrelevant.

Right now, there are fewer than 150,000 homes with battery storage in Australia. That’s less than five per cent of the 2.6 million homes with solar panels we mentioned earlier.

The good news is that between a quarter and a third of households installing new solar systems are including battery storage, so we’re definitely starting to see the proportion of solar panel plus battery storage systems increasing.

The even better news is that, once you have a battery, you might be in a good position to join a Virtual Power Plant and make some money from your solar energy system.