How did Australia come to run low on gas 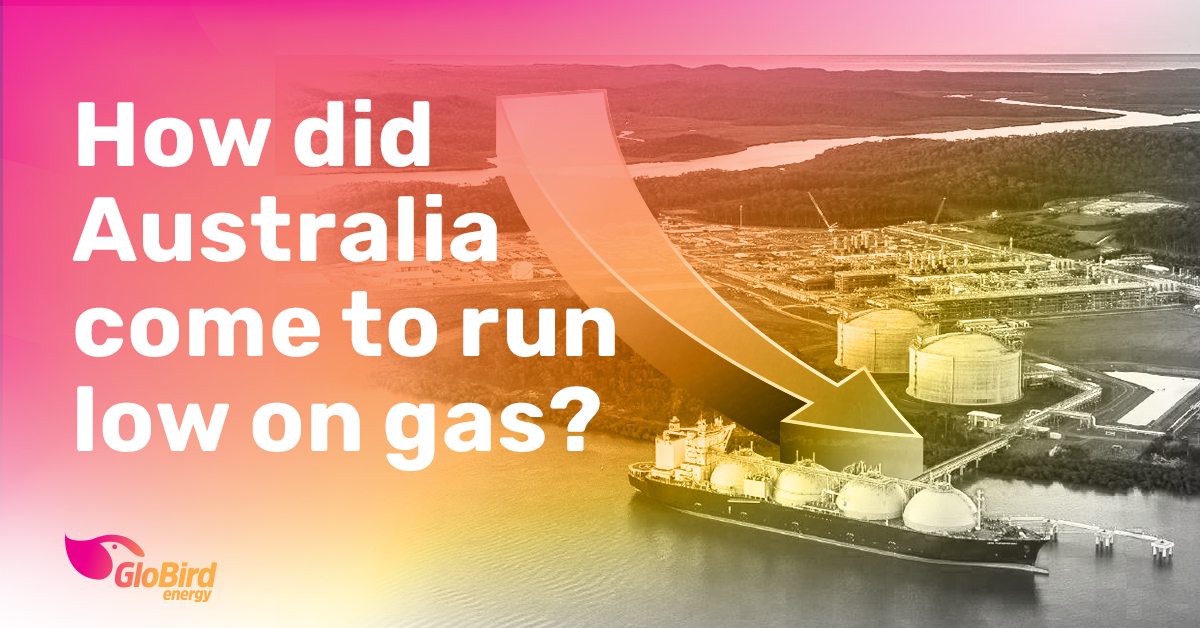 Are we running out of gas?

If so, how has that happened?

If not, why are gas prices going up?

How does demand for electricity impact gas supply?

Is an increase in energy from renewable sources going to alleviate the problem?

It’s fair to say that people have a lot of questions about energy supply in Australia right now.

We’ll try to answer a few of those questions by stepping through how we’ve come to where we are.

Australia produces a lot of gas

It’s a fact that Australia does have deep gas resources.

It’s also true that Australia’s demand for gas is a relative drop in the ocean compared to the rest of the world.

As a result, it’s not particularly attractive (or economically viable) for a gas producer to extract and supply gas for the Australian domestic market alone. In fact, the more gas a producer can sell overseas at premium prices, the more gas they’ll likely extract – including the portion for domestic use.

Australia exports a lot of gas

For many years, Australia has signed some massive deals to supply gas to countries like China, Japan, and South Korea – countries with much larger populations and much greater demand.

Domestic demand was being met, so the amount of gas we export has risen to be about three-quarters of the gas we produce.

To put it simply, there’s now three times as much gas going overseas as there is being kept here for our own use.

The amount we kept used to be enough

When coal-fired power stations were chugging along, when the rest of the world was getting enough gas from Russia, and when our local gas fields were producing a steady flow, there didn’t appear to be much to worry about.

Then aging coal-fired power stations started to have a few more issues than previously anticipated.

Russia invaded Ukraine, triggering European boycotts of Russian gas, triggering an unprecedented spike in global spot prices. As we explained in How the supply-demand equation is likely to influence your gas bill, around 40 per cent of Europe’s gas needs were supplied by Russia.

Meanwhile, the amount of gas being extracted from Victoria’s Bass Strait fields has started to fall. Drilling for gas in Victoria was also banned.

A more recent impacting factor has been the floods in Queensland and northern NSW, which have caused logistical challenges for the transportation of coal from mines to power stations.

To compound things, the amount of energy coming from wind and solar sources has not been as consistent as expected.

One of the things most people don’t understand, probably because their home is supplied with electricity and gas (and billed for them) separately, is that gas is also used to produce electricity.

Even when things are going along pretty much ‘business as usual’, gas is needed to meet peaks in power demand.

The advantage of a gas turbine is that it can be switched on at short notice, unlike a coal-fired plant, which can take days to crank up. This ability to switch on and supply short bursts of power is needed to fill in gaps when there is a mismatch between supply and demand.

It’s actually not all that efficient to rely on gas as a source of base-load power but, with more coal-fired power stations experiencing downtime at the same time as colder weather, that’s what’s been happening.

Gas is now not only being used to supply gas to the homes and businesses that need gas, but it’s also being overused to fill the gap in electricity production.

Is something being done?

We all want the best gas deal and the cheapest electricity. Back in May, the Australian Energy Market Operator (AEMO) saw wholesale gas prices rising to unsustainable levels and they capped the wholesale price of gas at $40 per gigajoule.

This created another problem when the cap was lifted in NSW and Queensland but stayed in place in Victoria, the most gas-dependent state.

Not surprisingly, NSW and Queensland kept getting gas from Victoria’s main storage facility, Iona, which is the largest independent provider of storage services to the east coast gas market.

That prompted AEMO to trigger the so-called (and rarely used) gas supply guarantee, allowing it to order Queensland suppliers to send more gas to NSW to free up gas for Victorian power generation.

It had got to the point where it was an emergency, because without AEMO’s intervention the stability of the east coast network was at risk. The restrictions are in place until September 30.

“The situation in both gas and electricity remains pretty fragile,” AEMO chief executive Daniel Westerman told an industry conference a couple of weeks ago, adding that “the reliability of our ageing fleet [of power plants] will continue to be critical for the years ahead.”

What about guaranteeing domestic supply?

In 2006, Western Australia enacted a domestic gas reservation policy, whereby 15 per cent of all gas produced in the state is kept for domestic use.

As we mentioned earlier, currently Australia only keeps about 25 per cent of the gas we produce, so how much would we legitimately need to put aside … and how would doing so impact the viability of current and future gas exploration, extraction, and supply projects?

The issue will come to a head at an August 15 meeting of state and federal energy ministers.

Federal Resources Minister Madeleine King has indicated that she appreciates the need to get the balance right.

“Australia’s key east coast gas producers are working to respond to the need to ensure adequate supplies of gas are available to keep the lights on and businesses operating during our winter energy crisis. I urge them to keep contributing to the solution,” King told AFR Weekend.

However, she also put forward a point of view that not everyone in the energy sector agrees on:

That’s certainly debatable – and is absolutely disputed by some – and, in our view, underestimates us as a nation.

It’s clear that there is no simple solution, and the issue will continue to be felt for some time yet, particularly by industries that are heavily reliant on gas.