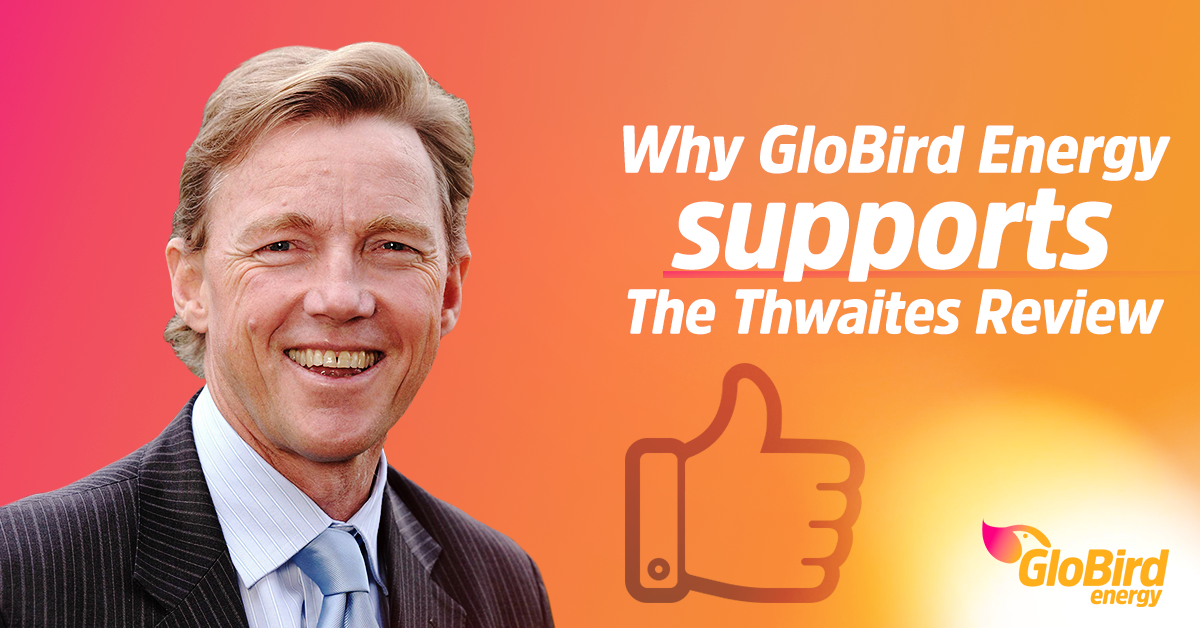 In our last post, we commented on the 9 recommendations of the Independent Review of the Electricity and Gas Retail Markets in Victoria with which we agree.

The Thwaites Review, we think, has done a pretty good job of investigating what’s happening in the Victorian electricity market and what sort of changes should be made to help put downward pressure on prices and bills.

The report came after about eight months of research and consultation by a panel led by two former Victorian Government Ministers (John Thwaites and Terry Mulder) and a leading business consultant (Patricia Faulkner) and was handed to the government on August 13.

It’s now over to Energy, Environment and Climate Change Minister Lily D’Ambrosio, who says the government will provide its response by the end of the year.

GloBird Energy supports the intent of the review

This is explained in our previous post, so if you haven’t already read that one, please do.

In summary, here are the nine recommendations we agree with: 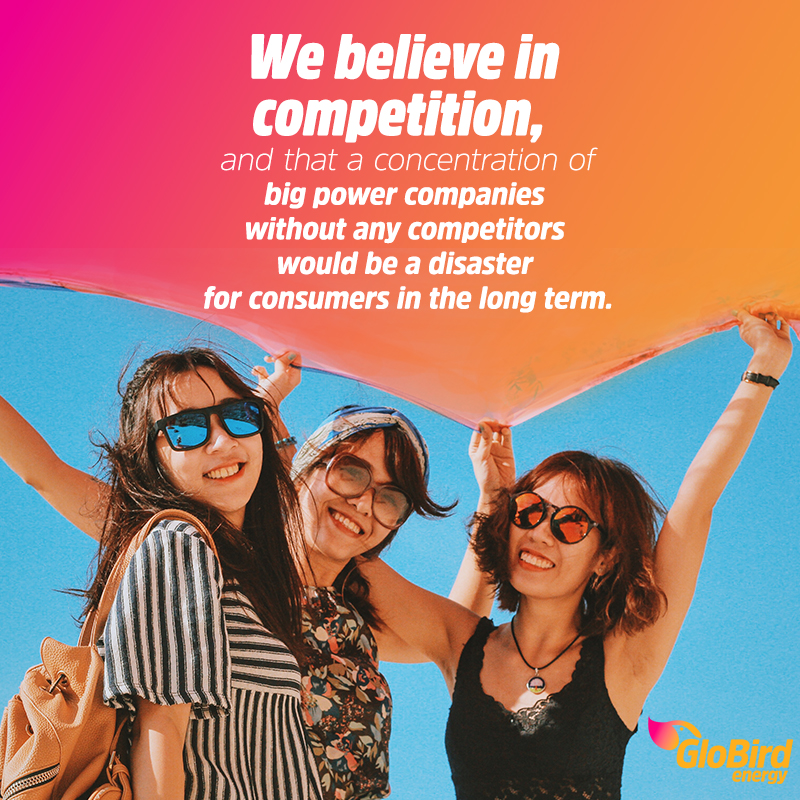 GloBird Energy believes that the following two recommendations would, if implemented, have a negative effect on the market and have the potential to actually make things worse.

Basic service offer: require all retailers to provide an offer that is not greater than the regulated price

We believe in competition, and that a concentration of big power companies without any competitors would be a disaster for consumers in the long term.

The truth is, the price of energy is determined by the wholesale market, and market volatility. It’s an extremely complex market. Regulation of this kind will hurt competition, and require consumers to depend on the regulators to get it right.

In our view, the regulator does not have access to the operational data and real costs to do this well, nor do they have the specific energy expertise to accurately predict the future price of energy.

After all, the price of energy changes every five minutes on the wholesale market. It can move from one cent per megawatt hour to fourteen dollars per megawatt hour in a matter of minutes, making it one of the most volatile commodities in the world.

If the regulator set the ‘basic offer’ price too low, then the large ‘too big to fail’ retailers will need to be subsidised by the tax payer for being forced to sell energy at less than cost.

If they set the price too high, then what was the point?

This type of price interference and regulation could be very detrimental to Victorian households and taxpayers. Would it be a wise move for the government to take full responsibility for the price of energy? In our view, it could all go very wrong.

The vast majority of Victorians (over 90%) are on Market Offers. Market Offers are more competitive than the basic Standing Offer. Less than 1% of GloBird customers are on a Standing Offer, and none of them identify themselves, engage with us, or pay their bills. We simply send a “dear occupier” letter asking the unidentified consumer to contact us when we notice electricity consumption occurring at that address.

Getting rid of it won’t help the average Victorian consumer. It’s the far more common market contracts that matter, and the way some retailers stealthily take away the discount that is more of a concern.

There’s a general perception that the Victoria energy retail price is higher than other states.

We believe this perception is caused by the fact that Victoria reprices in January and other states reprice in July. As a result, in an upward-trending market, Victoria will always seem to have a higher energy price when compared to other states.

To break down this illusion and provide greater clarity on whether Victoria energy retailers are actually charging more than other states, we suggest the government change the repricing date for Victoria from January to July, bringing it in line with other states. This will mean that everyone can compare retail charges between states more accurately.

Regardless of what recommendations are adopted and implemented, one of the big issues that we have faced since GloBird opened for business a couple of years ago is that consumers are confused, which makes them wary, which basically means they don’t trust anyone operating in the energy sector!

We hate seeing people so angry and frustrated, although we completely understand why they are.

So, in our opinion, it’s absolutely vital that we give people easy access to their own usage data, and let them rest assured their discounts and benefits won’t just disappear without fair warning.

It’s also time to look at the wholesale cost of power, and why it’s so high.

GloBird is hopeful that the outcome of the Thwaites Review will be as intended: to help customers and improve the outcome for Victorian energy consumers.