During peak usage what happens to the cost of electricity 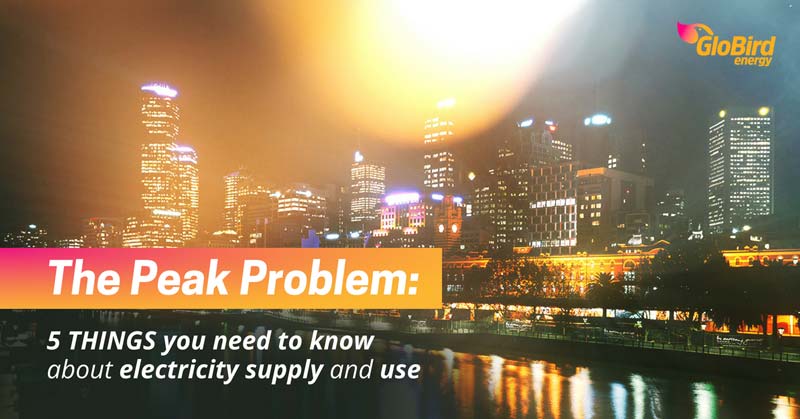 In general, we use a fair bit of generate electricity during the day, then a lot more in the afternoon and evening, when everyone is home from school and work.

A lot less is used on weekends and hardly any (comparatively) overnight.

However, the energy companies need to make sure there’s always enough available to meet the high demand for electricity costs.

At home, you just flick a switch or turn a knob, but what happens when everyone does the same thing at about the same real time?

Let’s make up some figures to demonstrate the issue that peak demand presents.

Imagine regular usage is 100 and then peak usage is 200. Not too hard to figure out or manage. Just be ready to double the output.

For a long time, Australia’s overall electricity demand grew steadily and peak increased demand grew at a very similar rate. The equation remained fairly simple: regular use about 120, peak use around 240; regular use 150, peak use 300.

However, over the past few years, overall demand has been declining – in large part due to the uptake of rooftop solar panels – while peak demand has kept rising steadily. Using our imaginary figures, that’s like regular use going back to 100, but peak use rising to 350.

The first problem is that the equation is getting harder to anticipate. The second, bigger one is that it takes a lot more to ramp up from average demand to peak.

You might wonder why peak demand is a big deal, since most of the time we’re not catering to the peak.

It’s a fair question, but the answer is simple: if we can’t supply the peak electricity bills demand, there’ll be blackouts.

Not only that, but the infrastructure needs to be robust enough to handle the maximum demand – even if it occurs for only a short time – or it could be damaged, resulting in even longer outages.

This means that the poles and wires, the infrastructure of the grid, needs to be built, maintained, and improved to cope with the increasing peak demand.

As you may know, some households already have time-of-use pricing which is intended to incentivise customers to use less reduce electricity during the peak times – 2pm through 8pm on weekdays – wherever they have the option of drawing power plants from the grid at the less-busy times.

For example, you might use the dishwasher or washing machine overnight or even on the weekend so the electricity prices you use for those things at those times costs less.

Having said that, most Victorians are still on “single-rate” tariffs so they pay the same for power plants no matter when they use it.

The idea behind off-peak rates is to try to reduce peak demand the “height” of the peak, by removing some of the demands that are optional or flexible.

The idea of incentivising people to shift some of the usage that isn’t essential to off peak hours was simply to manage the peak itself; to flatten it out, so to speak.

Now, however, with peak demand increasing steadily, the message from the distributors is that they need to recoup more of the cost of maintaining, replacing, and expanding the network of poles and wires.

The distributors explain how their costs are increasing as aging infrastructure needs to be made even more reliable to cope with a more demanding peak, and the consumer-charging model hasn’t been designed to cover those higher costs.

The higher the peaks, the greater the costs of managing the infrastructure.

The cost of electricity bills of peak demand isn’t being shared fairly by the consumers contributing to it.

As a result, a demand charge is gradually being introduced to make charges more equitable. Right now, only a handful of people are on a demand charge, but the number will probably increase in the years ahead.

This means that energy efficiency users who cause a large strain on the infrastructure by intermittently using a large amount of power grid in a short burst would share the cost of electricity of maintaining the wires and poles more proportionally.

A price signal that reflects the cost of building electrical infrastructure to meet peak demand should incentivise the reduction of peaks.

As always, if you have any questions, please let us know and we’ll do our best to answer them. You can also visit our electricity tariff page here.