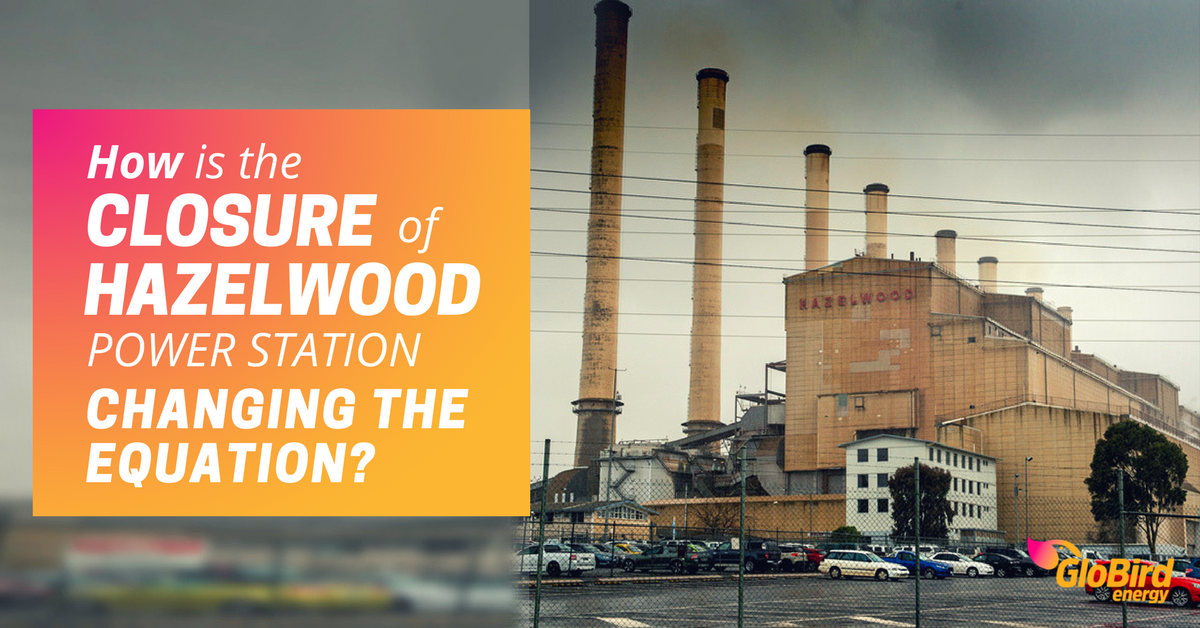 In the first instalment of this three-part series, we answered your question “What am I being charged for?”, in relation to your electricity bill.

Part 2 explained how the energy industry manages the volatile electricity market, making sure that there is always supply to meet demand and keeping prices as low as possible.

To wrap things up, we’re looking at how the closure of the brown-coal-fired Hazelwood power station is impacting on both supply and cost.

Why did Hazelwood close?

After being commissioned in the 1960s, all eight generating units at Hazelwood power station were in operation by 1971.

The State Electricity Commission planned to retire the plant in 2005, but when the Victorian Government privatised it in 1996, the timeline changed.

In 2005, the then Bracks Government extended its life until 2030, providing it became more efficient.

However, it was so old and inefficient that it simply became too expensive to maintain, let alone operate. It needed a $400 million investment just to make it safe and efficient.

Was Hazelwood the main power station for Victoria?

A few years ago, Victoria had five coal-fired power stations in the Latrobe Valley. One closed in 2014 and now, with the closure of Hazelwood, there are three left: Loy Yang A, Loy Yang B, and Yallourn.

Hazelwood was producing as much as a quarter of Victoria’s electricity while Loy Yang B, also owned by French company Engie, supplied about 17 per cent of the state’s needs.

Engie has appointed a financial advisor to look into selling Loy Yang B.

Energy Australia has flagged closing Yallourn in 2032 and AGL has indicated Loy Yang A wouldn’t be closed until 2048, although both companies say that will depend on government policies.

A significant impact on prices

The relatively sudden removal of 1760 MW of baseload power capacity in Victoria – without replacement – can’t help but have major impacts, not least on the price of electricity.

One analyst suggested that the closure had doubled forward contract base-load wholesale prices in Victoria in six months, equivalent to an extra $1.8 billion a year cost burden to Victorian electricity consumers.

Initially, the government estimated a 4-8 per cent increase in the average residential electricity bill, which would equate to about $44 a year, but consumer groups did some further modelling and suggested a combined rise of up to $300 per household per year, factoring in more expensive gas as well as electricity.

At the same time, the Victorian wholesale market has become more concentrated, which is likely to have some impact on competition to supply power to the grid.

The Australian Energy Market Commission expects more renewable energy generation to reduce wholesale electricity prices, but it’s hard to say what the timeline for that is.

Will we have enough power?

Victoria will, for the first time in history, become a net importer of electricity from NSW and gas from Queensland.

NSW’s black coal power plants cost a bit more to run than our brown coal ones, but last year they were operating at only 56 per cent of total capacity, so they can produce a lot more electricity if or when that’s needed.

The Australian Energy Market Operator (AEMO) recently forecast a reserve shortfall in Victoria for 72 days in the next two years, but that only means that if we have to access the maximum forecast amount of electricity, there won’t be a “contingency” on those days to access any more.

The bottom line is that, with Hazelwood’s contribution now removed from the equation, there is less power being generated – and what is being generated costs more to produce.

Perhaps one of the best responses we can have, as consumers, is to use a bit less … but that’s a story for another day!

Meanwhile, you can rest assured that GloBird Energy is committed to keeping residential electricity prices as low as possible, as well as making it as easy as possible for you to join us.

If you have any specific questions please let us know.