What can we learn from the UK energy crisis? 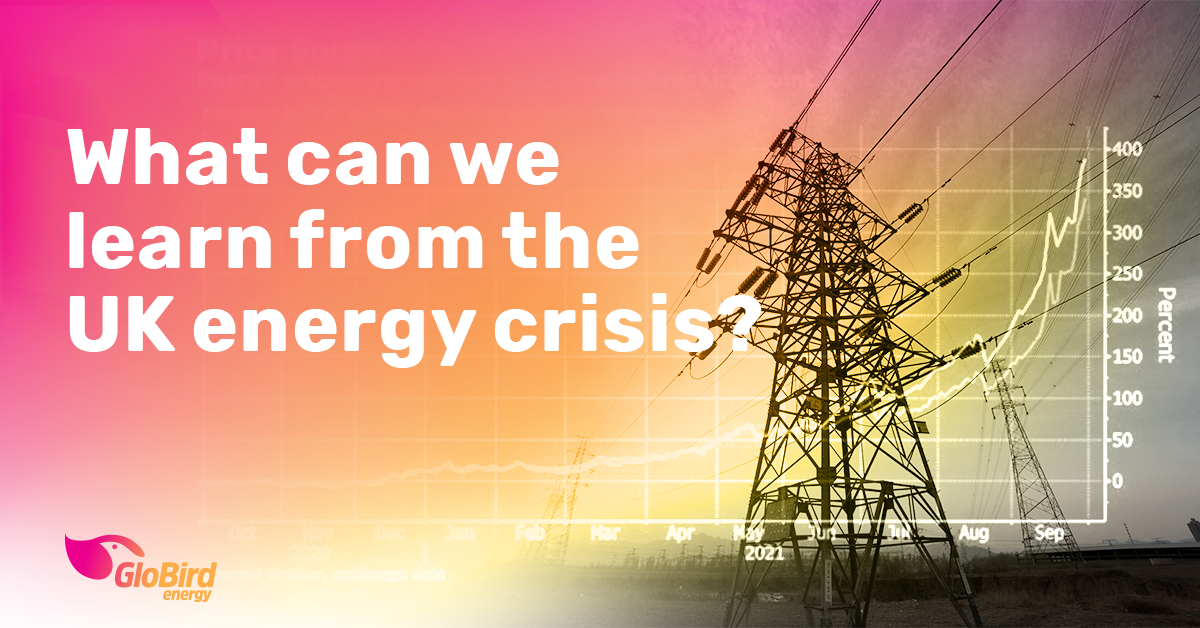 You might have heard Barnaby Joyce reference an energy crisis in the United Kingdom last week when warning Australians of the dangers of committing to net-zero carbon emissions by 2050.

With everything else going on in our world in these COVID times, unless you have relatives in the UK, you could be excused for not being aware of any issue over there.

So, let’s start by catching you up …

What’s going on with energy in the UK?

Soaring wholesale gas prices – up 176 per cent this year – have seen the end of cheap power bills. UK consumers saw power prices rise by a whopping 266 per cent, on average. In some cases, a lot more.

With an energy price cap in place, quite a few energy firms have withdrawn from the market or become unviable, reducing competition and reinforcing the dominance of the large energy conglomerates.

As they’re about to head into winter, there are a lot of people in a very vulnerable position.

That’s because the UK committed to gas in the 1990s and, more recently, leaned even more heavily on it as they attempt to phase out coal power.

To illustrate just how reliant the UK is on gas, some 86 per cent of homes use it for heating and more than a third of electricity supply comes from gas power plants.

Why is there a shortage?

If ever there was a proverbial ‘perfect storm’, this is pretty close. Here’s a list (in no particular order) of the main factors that have conspired against the security of the UK’s gas supply:

That’s a lot of things combining to trigger a genuine crisis.

Could something similar happen here?

While there might be some truth in the Deputy Prime Minister’s suggestion that this crisis is the result of committing to net zero emissions by 2050, in that shutting down coal-fired power stations before there’s a reliable way to replace the base power they generate is likely to be problematic, it’s not specifically a renewable energy issue.

In addition to being overly committed to one energy source, the UK has an issue with older and far-less-energy-efficient buildings, so demand for energy for heating alone spikes considerably in cold weather.

Various schemes to insulate homes or otherwise improve their energy efficiency have been botched. For example, the recent Green Homes Grant was axed having improved only a tenth of the homes it was supposed to.

Then there’s that storage issue. Committing so heavily to gas without also committing to new and sufficient storage facilities does seem like a rookie error.

Are lessons being learnt?

We can only hope that no country will repeat some of the missteps that the UK has made, but it’s probably unlikely that Australia will get everything right from here, if only because energy security is a complex issue.

Finding a balance between cheap energy, green energy, and reliable energy is seen as the holy grail, and it is a challenge.

The harsh lesson of having too many of your eggs in one basket should be one no policymaker or regulator needs to learn, yet somehow it still happens.

Securing domestic supply of energy resources, even if that’s at the cost of lucrative exports, should also be at the top of any list of planning priorities.

Perhaps the most important lesson is the hardest one to pin down: the very fact that so many different elements can have adverse impacts (whether concurrently or not) should remain front of mind.

Before any decisions are made, the modelling needs to be completed and all scenarios tabled and evaluated. Finding out you didn’t take something significant into account when you actually run out of energy is a bit too late.

In other words, any plan needs to be multi-faceted and comprehensive. Anyone who says otherwise might be leading us down a dangerous path.

The transition to cheap electricity that is reliable and sustainable is underway and, hopefully, any short-term challenges or pain will be overcome by pragmatic, open-minded thinkers that keep all options on the table.