What are the Federal Government’s plans for Australia’s energy future? 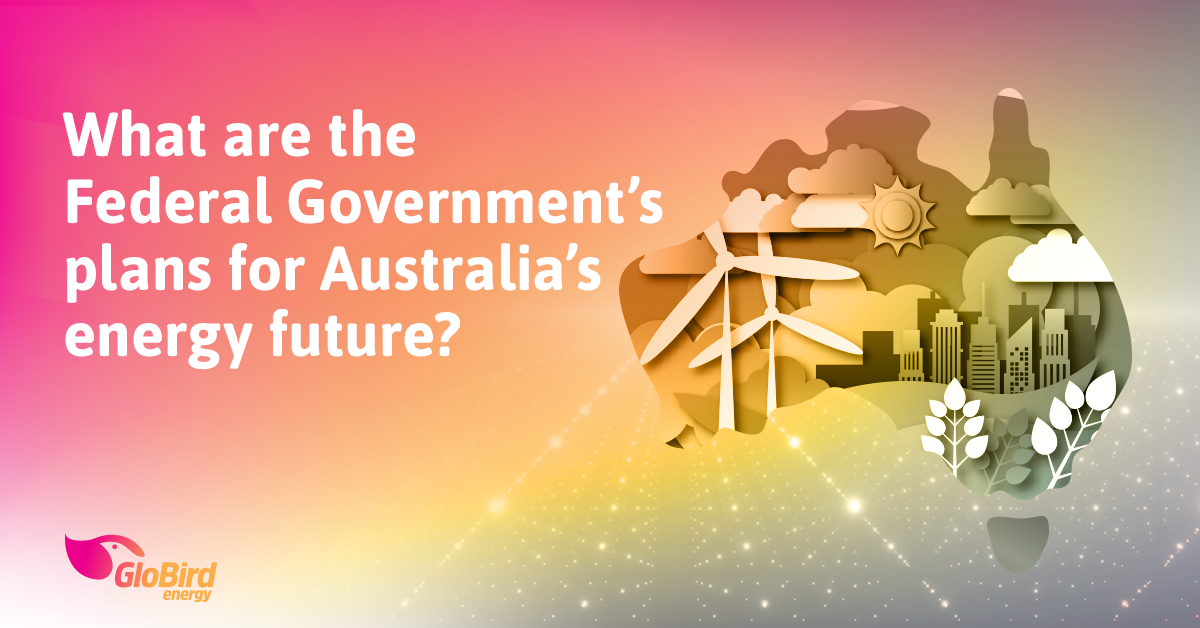 The Federal Government has made a lot of announcements over the past few months. It’s had to, given the challenges of the COVID-19 pandemic and the impact it’s been having on people, livelihoods, businesses, and the broader economy.

Not surprisingly, we’ve been particularly interested in announcements regarding the energy sector, most of which have been made by Angus Taylor, the Minister for Energy and Emissions Reduction, with the Prime Minister joining in now and then.

From mid-September to mid-October there were a number of energy-related announcements, including Prime Minister Morrison’s National Energy Address (September 15) and Minister Taylor’s address to the National Press Club (September 22).

We’ve been trying our best to follow it all, and have come up with this summary of the key points:

The philosophy behind the Government’s position

He also acknowledged the need for better integration of renewables into the electricity grid.

Reading the full address, it’s clear that the Government understands that Australians want reliable and secure access to cheap energy.

Before going into the detail of the Low Emissions Technology Roadmap in his National Press Club address, Minister Taylor stated that there are only two ways to reduce emissions: either suppressing emissions-intensive economic activities through some version of taxation or improving those activities.

He said that other countries, particularly developing economies, are prioritising prosperity over environmental concerns, therefore Australia can’t and shouldn’t damage its economy to reduce emissions.

“If we suppress the economy to achieve our emissions reduction goals, then we’ve gone down the wrong path,” he said.

As outlined by the Minister during his address, the Low Emissions Technology Roadmap will:

After those five low-emissions technologies being given top priority, other approaches to reducing emissions have been placed lower on a four-tier hierarchy.

Secondary focus will be on emerging and enabling technologies, such as energy efficiency and electric car charging infrastructure.

Next most important will be ‘watching brief’ technologies, like small modular reactors and direct air capture being developed overseas.

Mature technologies – coal, gas, hydro, solar, and wind – are on the bottom rung of the hierarchy.

Overall, the focus is on ensuring that any technologies Australia chooses to employ are viable, with the goal of bringing down costs and making energy cheaper.

The Ministerial Reference Panel that worked on the Roadmap received over 500 submissions.

It will include the chairs of the Australian Renewable Energy Agency (ARENA), the Clean Energy Finance Corporation (CEFC) and the CER, along with the Chief Scientist Alan Finkel, CSIRO chair Drew Clarke, and Department of Infrastructure Deputy Secretary Jo Evans.

The Advisory Council will provide annual reviews of all technologies and their progress to make appropriate recommendations.

But didn’t I hear something about gas?

During the National Energy Address, the Prime Minister went into a lot of detail about what he termed a gas-fired recovery.

He quoted Dr Finkel saying: “Gas is effectively the perfect complement to solar and wind”.

As the PM noted, gas is a major contributor to the economy, given that Australia is a world-leading exporter of liquefied natural gas (LNG).

At the same time, a cheaper and more abundant gas supply would have a significant impact on the competitiveness of Australian industry and the cost of household energy (cheaper gas helps drive down electricity prices).

While Mr Morrison made it clear the plan was not to pit LNG exports against domestic users, he pointed out that having Australian industry paying well above export parity prices for gas – which has been happening – isn’t acceptable.

One of the main pillars of the plan is the establishment of a transparent and competitive Australian Gas Hub on the east coast, following the lead of the Henry Hub in the US. That’s considered the international gold standard for gas trading markets, highly regarded for its transparency, its liquidity, and its certainty.

The Prime Minister explained that there are three areas which require action to make this a reality:

One of the things that grabbed the headlines, though, was his suggestion that the Government could get even more involved.

“While we want the private sector to invest in this infrastructure, we are prepared to go further if we need to,” Mr Morrison said. “The Commonwealth stands ready to step-in to support pipeline development if necessary …”.

It all goes back to the PM’s first point: prioritising the long-term interests of consumers, which clearly include a reliable supply of cheap gas.

A lot of what the Government has been talking about lately, in regard to the energy sector, is based on its contention that “our competitive advantage has always been based on affordable, reliable energy”.

It does appear that a lot of what they’ve been considering, as well as what they’ve announced, has been predicated on that belief.

To be fair, it’s not something we think too many people would argue against.

And, if it gives investors, industry, and consumers greater confidence in the security, reliability, and affordability of Australian gas and electricity, we’re all for it.

Of course, the proof will only be seen when our ‘competitive advantage’ helps build a stronger economy and provides cheaper energy for all Australians.