Network costs are going up 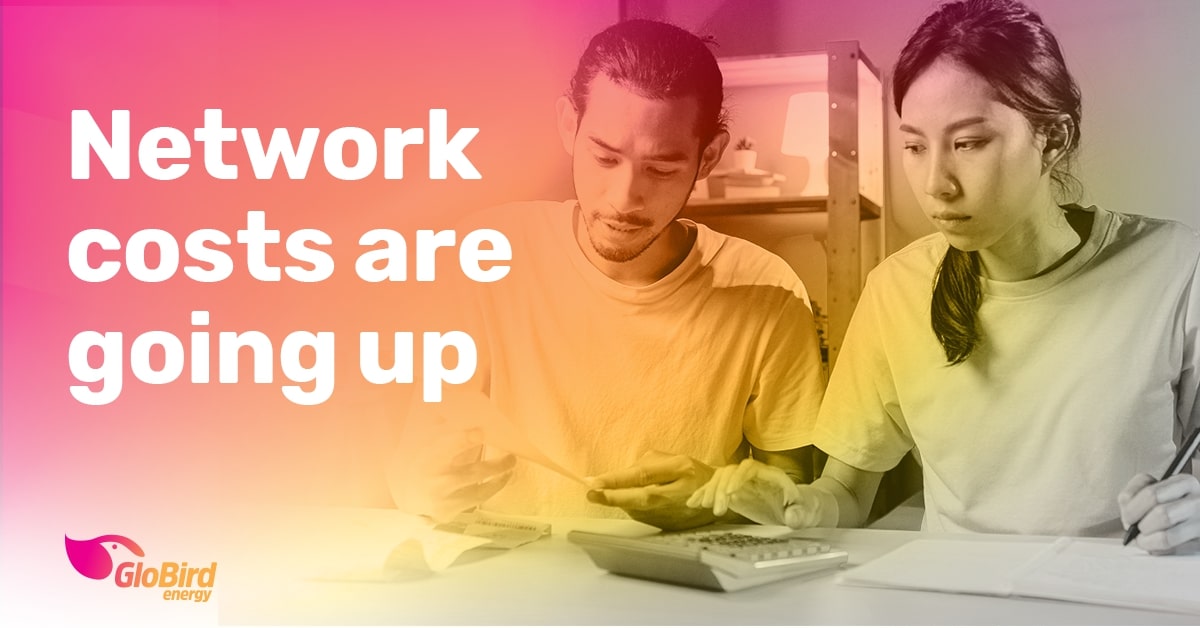 If you live in Victoria, there’s a good chance your electricity bills are about to go up.

In fact, electricity bills are probably going up all over Australia. It’s just that Victoria is a special case.

So, in keeping with the GloBird Energy approach of being as transparent as possible – and our mantra knowledge is power – we’d like to explain as best we can.

The Essential Services Commission (ESC), under the direction of the Department of Energy, Environment and Climate Change, has set some rules around energy pricing in Victoria.

A few years ago, the ESC released a document called “Ensuring energy contracts are clear and fair”, which includes the clause in energy law that covers rate increases.

It outlines that a retailer must only increase rates for existing customers on a specified date, which is to be exactly one month after the distributors change their rates.

This year, for the first time, that network date is July, which means the retailer must reprice in August. In the past, Victoria (and Tasmania) made their changes in January /February, but this year they have decided it’s better to align with the rest of the states, whose changes span the financial year rather than the calendar one.

How do rates get changed?

The networks can’t just change their rates whenever or however they like. They have to make their case to the Australian Energy Regulator (AER), which then considers their application and either approves it or doesn’t.

This year, due to a variety of factors, they’ve asked for – and had approved – a rather large increase.

On the 18th of June, the AER put out a release AER approves 2021-22 network tariffs for Victorian electricity customers, which explained its decision and states “On 1 July 2021 the 2021-22 annual network prices for Victorian customers will come into effect”.

Why are they going up so significantly?

Here’s their justification for the increases:

“CitiPower, Jemena, Powercor and United Energy network price increases are predominantly driven by reduced consumption forecasts for 2021-22. Most networks are expecting less energy will be consumed, resulting in higher prices being set in order to recover the required revenue.

As well as adjustments for previous under‑recovered revenue. AusNet Services’ network price increases are primarily the result of its recent 2021–26 determination, which allowed it to recover more revenue due to the significant investment it made in reducing bushfire risks in recent years, and allowed depreciation recovery over the next five years.”

How will that impact my bill?

To help explain the proportion of your bill that is attributable to network costs, we’ve borrowed a paragraph from the Victorian Default Offer amendment to price determination 2021 released recently by the ESC.

“Network costs account for around a third of the costs reflected in the VDO and they are treated as a ‘pass through’ in our VDO methodology. A pass through means the network costs approved by the AER are accounted in full in the VDO cost stack hence fully recovered from VDO customers. This is because retailers pay charges for using the network to deliver energy to their customers, and the charges are determined by a price regulator.”

Unfortunately, one aspect of this ‘pass through’ cost that isn’t understood by most consumers is that distributor costs also impact the kWh rate you pay.

While it’s clear that the daily supply charge you see itemised on your bill is attributable directly to the network or distributor, relatively few people realise that the networks also charge per kWh of energy they distribute around the grid.

Can’t you give me a figure?

The actual cost increase will vary by region, distributor, and household, but we can give you an indication of what sort of increase to expect.

We extracted this data from that Victorian Default Offer amendment to price determination 2021 document we mentioned above.

They put together a table comparing last year’s network costs against the new ones, which detailed:

The networks have also changed the structure of their ‘legacy tariffs’ (read more here).

Can GloBird Energy stop the change?

Firstly, we’re feeling as helpless as you. We’d love to say that we have some influence or input, but that’s just not the case. Realistically, no retailer is involved in the decision-making process.

All we can do is what we have always done: keep our own costs as low as possible so that we can keep running a viable business that offers the most competitive rates.

As the ACCC found when it looked into electricity pricing, retail margins are the only component of the cost of energy to consumers that has remained steady or reduced over the past decade or more.

We reaffirm our commitment to keep our prices as low as possible and you can be assured that we will never put our prices up any more than is necessary.

As always, please contact us directly if you have any questions or concerns.