How you can help us change the energy landscape 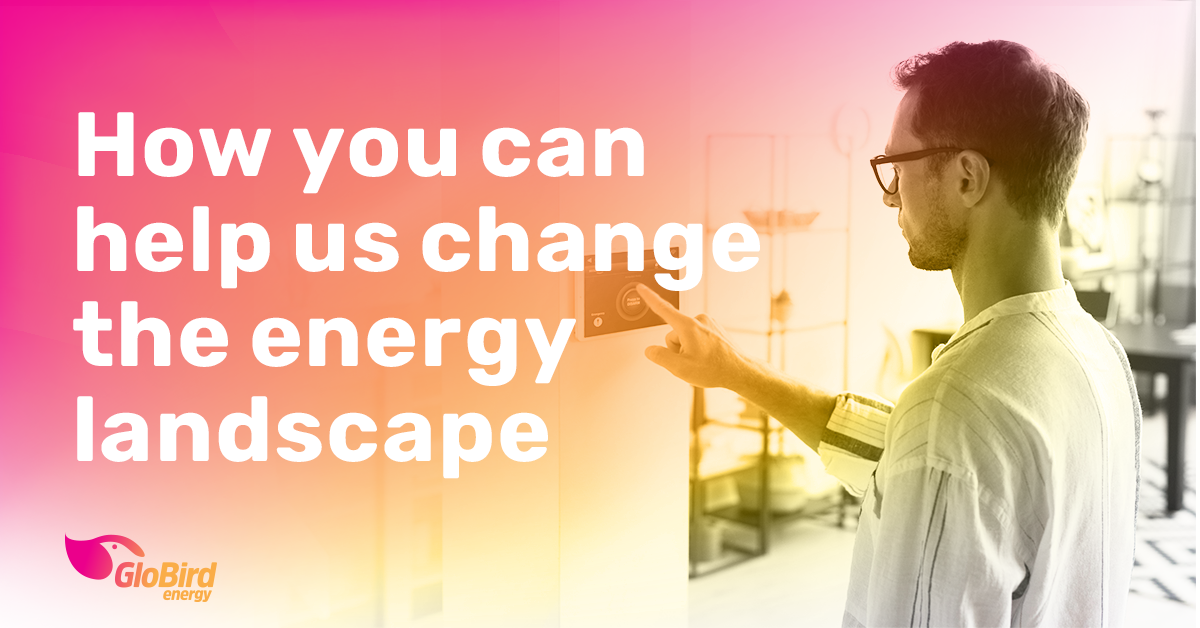 Because GloBird Energy is still a relatively small player in the Australian energy market, we’ve been able to remain quite agile. That means when something changes and we need to adapt, we can usually do so quite quickly – at least compared to a bigger business.

We’re constantly monitoring all aspects of the Australian energy landscape, from government policy through generation and supply all the way to usage.

We look at the challenges, the changing patterns, the plans, and the projects that are underway to determine what we can do to make things better for our customers and the planet. That’s just good business.

However, we also act with our mission foremost in mind: to support the logical transition from traditional energy to sustainable, affordable, reliable energy. We are confident that tomorrow’s energy system will be a greener more sustainable one, it’s just a question of how we get there.

As a retailer, we’re doing whatever we can to fulfil our mission, but we won’t achieve nearly as much without customers who are on the same page.

If you’re interested in being part of the transition to sustainable, affordable, reliable energy from renewable sources, we want you to know that we’re in this with you, and we’re providing products that can help.

It’s no secret that Australia’s take-up of rooftop solar leads the world, even though some people are either reluctant to acknowledge that fact or treat it as less significant than it actually is.

GloBird was one of the first energy retailers in Australia to offer huge solar feed-in credits to promote solar when we released our $0.20 cent feed-in product SolarPlus. Thousands of households were quick to sign up with the offering sold out in Victoria in just 21 days.

The offer remains available to our New South Wales customers.

Because we know that the future is more solar, GloBird has bought some land in Victoria where we’ll be building a large solar farm so we can supply more green energy to our customers. 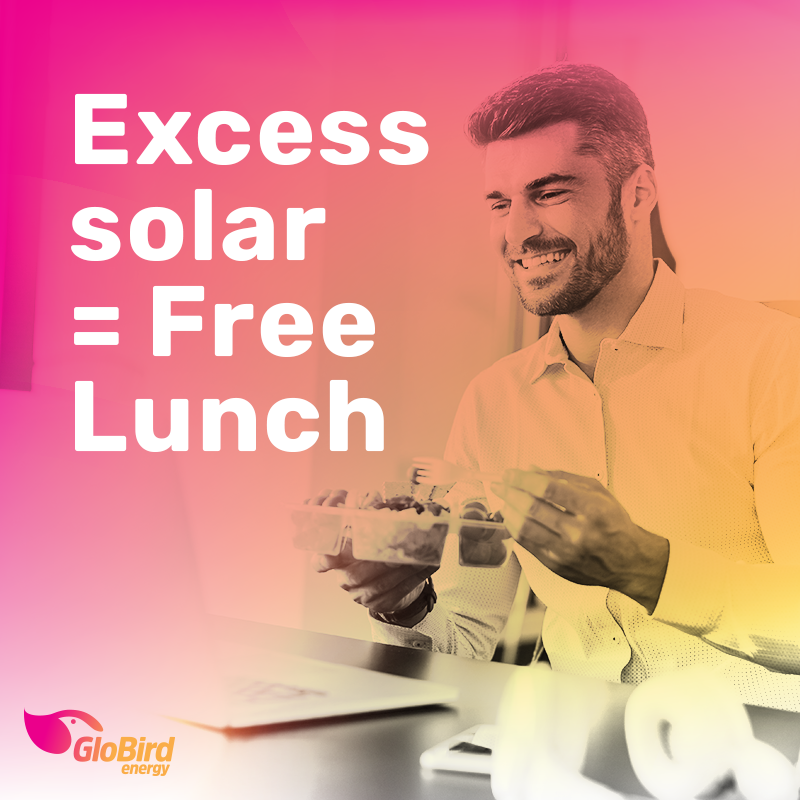 Helping the environment doesn’t always mean investing in big expensive solar systems. Changing the times that you use energy can have a huge benefit for the environment.

There’s usually so much solar-generated electricity available during the day that it’s not being used efficiently. Until the technology and capacity for storing that energy for later use becomes as affordable, efficient, and prevalent as the solar panels themselves, a lot of solar power is going to go unused.

With an abundance of solar being pumped into the grid in the middle of the day on most days, not only is it available then, but energy prices are generally lower at that time.

So, we want to encourage people to use more energy in the middle of the day, wherever possible. The bonus is that that sort of change in usage will mean less electricity is needed in the evening.

If you can run your washing machine, dryer, dishwasher, and any other “non-time-sensitive” appliance when it’s most likely being powered by renewable energy, that also means that you’re not using an equivalent amount of electricity that’s almost certainly generated from non-renewable sources after the sun goes down.

We call that a win-win, and it’s why we offer the Free Lunch to reward eligible Victorian households for using power when renewables make up a considerable mix of grid electricity.

Between the hours of noon and 2 pm each day, residential customers with an eligible smart meter are charged an electricity usage rate of $0 for the standard usage circuits.

This incentivises customers to maximise the use of greener energy and hopefully reduce their reliance on the more traditional energy later in the day when solar is less prevalent in the overall grid energy mix.

Earlier this year we introduced our 100% carbon-neutral product, GloGreen.

With GloGreen we offset 100% of the carbon emissions associated with your electricity usage by buying the equivalent number of carbon credits.

Offsetting is a climate action that enables individuals and organisations to compensate for the emissions they can’t avoid, by supporting worthy projects that reduce emissions elsewhere.

The greenhouse gas (GHG) emissions reduced through offsetting are measured in credits or certificates. We purchase credits generated from certified carbon-reduction projects that earn one certificate or credit for each metric tonne of GHG emissions they reduce or avoid.

Until we get to a place and time when the majority of our energy needs are generated by sources that don’t create any emissions, offsetting is the best way to consciously bring the planet back toward a balance.

In the meantime, we will continue to encourage and support a greater proportion of energy from renewable generation sources both in the supply mix and in your usage pattern.

Being small might mean that we have limited resources but with the right products and, more importantly, the support of our customers we can all push the energy market to a greener, more sustainable future.

Together with your help, we are changing the energy landscape.