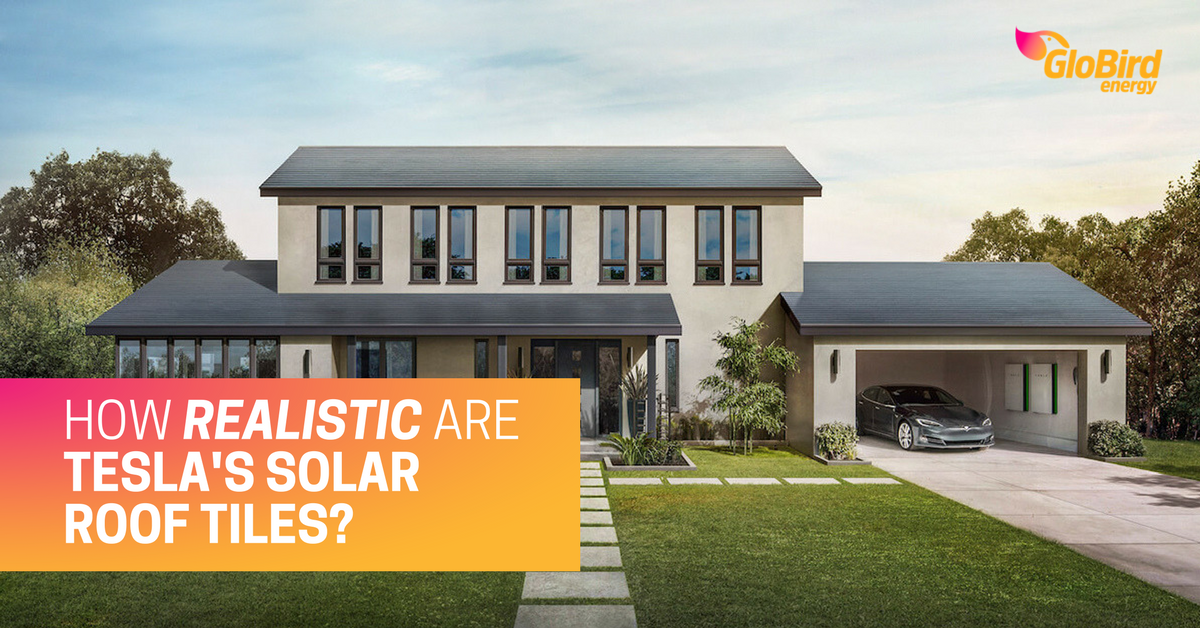 Do Solar Tiles Exist Yet?

Yes, solar roof tiles are real, but are they realistic?

In other words, will the cost of having a roof made of Tesla’s (admittedly very impressive) tiles be worthwhile, cost-wise?

If you believe Tesla, the answer is a simple “yes”. That’s partly because that’s their stated mission: “to accelerate the world’s transition to a sustainable energy future by creating products that are so compelling, there is no alternative”.

In the U.S., Tesla has made a strong case for new homes to have their Solar Roof integrated with their Powerwall battery storage system (so the energy generated can be used day and night) and, ideally, an electric car as well.

Are the tiles any good?

There’s little doubt the tiles are of excellent quality. They’re more than three times stronger than standard roof tiles (check out this short video of a weight being dropped on three other sorts of tiles and a Tesla solar one), yet half the weight, and don’t degrade over time.

In fact, Tesla guarantees the tiles for the life of your house … or infinity! Their effective power-generation is warranted for 30 years.

At the moment, they have two designs – Smooth and Textured – with two more – Tuscan and Slate – coming into production next year.

How much do they cost?

We don’t have the Australian pricing yet, so we’ll just do a direct conversion from U.S. dollars to Aussie dollars, at the current rate of $1.33.

Keep in mind that we’re only basing that on the current U.S. pricing and the current exchange rate.

Would you save the difference?

Working on the basis that the Solar Roof provides full energy conversion for its 30-year operational life (the efficiency of the cells will, in fact, degrade slightly over time), to be “worth” $55,000 it would have to save you an average of about $1833 per year.

Of course, that doesn’t factor in any other costs (like the Powerwall battery storage system or the extra mortgage repayments), or any rebates or other financial incentives or savings.

By the way, using those figures of a 300-square-metre roof with 35 per cent solar tiles, you’d be producing energy equivalent to about a 10kW solar array, which would produce something of the order of 40kWh a day (depending on your location).

That’s almost three times what it takes to charge a Powerwall each day, so it’s very likely that you’d be selling some back to the grid and getting a feed-in tariff in return.

Get in the queue

If you’re already sold on a solar energy future and Tesla’s leading role in making it happen, you can place your order for a Solar Roof on the Tesla website now. It will cost you $1310 just to get in the queue.

Installations are starting in America as their summer kicks in, and the plan is to start outside the U.S., including Australia, in 2018.

It might be one of those things where the only advantage of being an early adopter is bragging rights, but down the track we can see the economics making more sense, particularly to those building a new home.