Are battery storage systems the answer to household energy security? 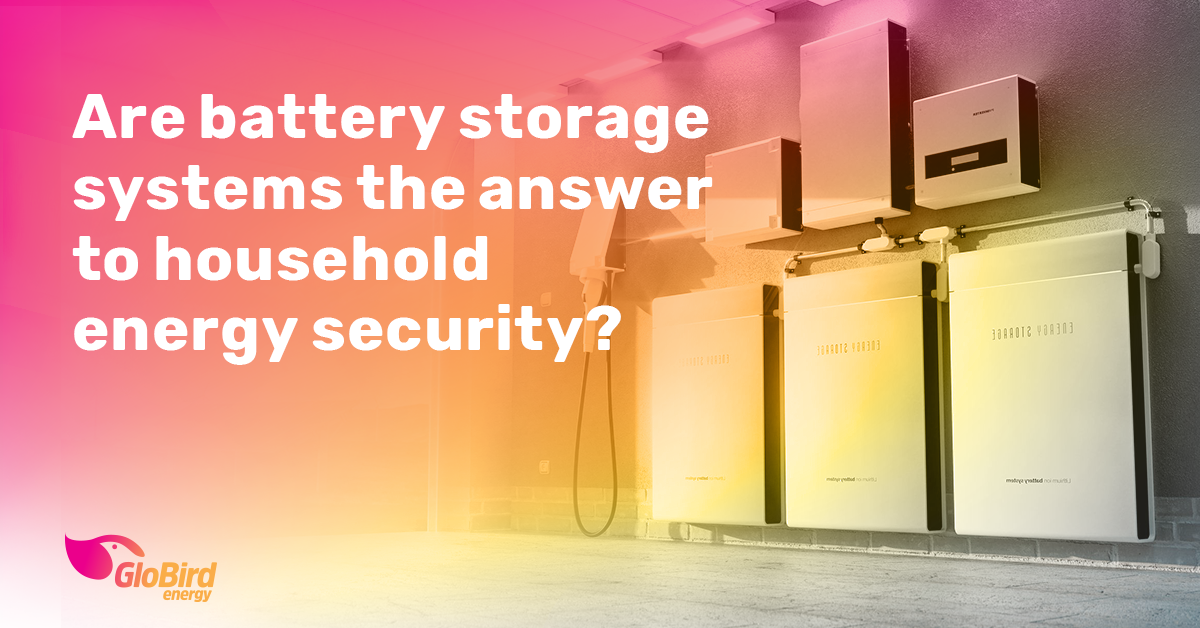 That follows storms and flash flooding in June that saw some areas without power for weeks, impacting some 220,000 homes and businesses.

When people find themselves powerless, is it any wonder they start looking into mitigation strategies? In the case of an extended interruption to their electricity supply, rooftop solar panels with battery storage would appear to be a sensible way to keep the lights on when future events hit.

Like many things, as the technology improves and battery storage becomes more efficient, more people are deciding to add a battery to their solar systems.

According to solar analytics company Sunwiz, there were about 110,000 home storage batteries installed across Australia by the start of this year.

They reported that about nine per cent of new solar installations in 2020 included a battery.

While nine per cent might not seem significant, it represents some 31,000 battery installations, which was an increase of around 6,000 on the 2019 number.

Around a quarter of new battery installations were in each of South Australia (26%), Victoria (25.1%), and New South Wales (24.7%), with the remainder spread across the other states.

Subsidies are playing a part

Such was the demand in South Australia that the state government had to reduce its subsidy so that they didn’t overheat the market and exhaust the available government funds too quickly.

Similarly, in Victoria the popularity of solar batteries for homes was so high the state government subsidy allocations were exhausted within minutes of each release.

This prompted the government to direct some of its COVID stimulus funding towards the sector.

What sort of financial incentives are on offer?

State-based rebates and incentives range from upfront rebates when purchasing batteries, to demand-response programs that reward you for taking load off the power network.

-In Victoria solar battery rebates are available at their current value of up to $4,174 until all rebates in 2020–21 have been fully allocated. They will then reduce to $3,500.

-New South Wales offers an interest-free loan of up to $14,000 for homeowners who deploy a solar power system with a battery, and up to $9,000 for adding a battery to an existing installation.

– South Australia offers a battery rebate of up to $3,000 and the opportunity to participate in a virtual power plant (VPP). When battery owners join a VPP, they let the power company use their battery capacity in exchange for power bill credits.

There are other drivers, too

While financial incentives clearly help to encourage householders to bite the bullet, so to speak, there are several other motivating factors behind the decision to install battery storage, including:

-An attempt to have greater energy security in the event of a blackout;

-A desire to support the shift to homegrown, clean energy;

-Looking for the capacity to trade the power their solar system generates;

-The incentive of improving property values.

Is it worth the expense?

Most analysts in the sector concede that the cost of installing battery storage is still too high to make the financial equation really work for most households.

The ‘payback’ time – the amount of time it takes for the asset to have saved you more than it cost – is generally considered to be longer than the 10-year warranty period for most batteries.

While costs vary significantly, the higher the battery capacity, the more you can expect to pay.

As a rule of thumb, residential solar battery storage prices are currently around $1,000 per kWh, including installation and GST.

Here are some typical battery costs for some common capacities (the cost of the battery only – installation is extra):

Higher-end prices often mean that the battery system has a built-in inverter and other integrated components.

Many people did expect that batteries would be cheaper by now. Some speculate that we will see prices drop in the next two to three years, making the investment more viable for the average solar household.

The more you use a battery, the faster you pay it off

In previous blog posts we’ve mentioned the “duck curve”. This is a modern phenomenon of the energy wholesale market. With the increased take up of solar PV, there is an abundance of energy when the sun shines, but a shortage at times when the sun sets. Therefore, the value of solar is reduced but the cost of buying energy at other times is higher.

This has started to be reflected in electricity tariffs. The price for off-peak (sunshine hours) is often cheaper than it used to be while the cost of buying power during the peak time (4pm – 9pm) is higher. This ever-growing disparity between the value of the energy at different times is another reason batteries make more sense.

If you can charge up your battery in the off-peak and use that power in the evening, the savings can multiply, resulting in cheaper energy bills with the savings helping to pay off the upfront cost of the battery faster.

We expect an increase in adoption

Production of household storage batteries is increasing. There are now at least half-a-dozen highly regarded competitors in the market (the SENEC Home V3 Hybrid comes with a 20-year extended warranty) even though the Tesla Powerwall 2 remains the most popular.

Assuming demand remains high, the competition and increased production is likely to see prices come down. And, as more people adopt electric vehicles, adding battery storage to their home solar system is likely to go hand-in-hand.

Add to that the fact that lower feed-in tariffs make many solar owners believe that the energy they generate is worth more to them than it is to the network, and you are making an even stronger case for battery storage.

One often-overlooked aspect of battery ownership is the environmental aspect. Because more renewable energy (mainly solar) is produced during the day, and more coal power in the evening, a battery basically helps ‘time shift’ the clean energy for use later, thereby reducing the load on coal.

If you are a battery owner, you’re not only helping reduce your energy bills, but you are supporting renewable energy too. So, kudos to you.